Kaiser Baas down, not yet out

Drone and actioncam distributor Kaiser Baas has gone into administration, with New Zealand-based distributor Exeed stating it will continue to distribute the Kaiser Baas product range. 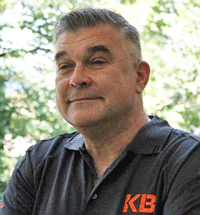 According to CE retail website ChannelNews, Exeed acquired the Kaiser Baas brand, including its trademarks, intellectual property, point-of-sale and some of its stock, and hired all six of its Australian employees in December, 2017. No debt was acquired. Exeed was the Kaiser Baas distributor for New Zealand.

Kaiser Baas principal Evan Kourambas (pictured right) then placed the  company into liquidation on May 17, with debts of $3.8 million. Liquidator is Romanis Cant.

Kaiser Baas supplied goods to Harvey Norman, Big W, JB Hi Fi and Ted’s Cameras, among others. It seems the company took a hit when hoverboards were banned in 2016 and the market for its popular ‘Revo Glider’ collapsed. Expansion into the UK market has also proven a failure for the company. 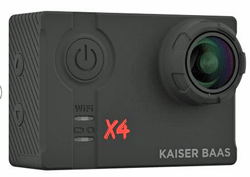 One of its largest debts was to its UK distributor, Exertis. The largest single creditor (approx $1.5 million) is Lako Finance, an entity related to Evan Kourambas. Lako Vision and Pineapplehead are two previous Kourambas distribution companies which also went broke.

Exeed is a signifcant IT distributor in New Zealand, the head office in Parnell, and the distribution centre in Highbrook, Auckland.

‘We believe we’ve enabled the Kaiser Baas brand to continue to exist. Hopefully we’ve got a pretty good shot at helping it to continue to grow. It’s been a good Australian brand for a long time and it’s got a really strong roadmap,’ Justin Tye told CRN.