Gael and Moshe were Member of the Order of Australia (OAM) recipients at the 2018 Queen’s Birthday Honours, while Ian posthumously received the John Oxley Library Award.

Gael Newton
Gael was awarded the Australian Honour for her ‘significant service to the visual arts as photography curator, and as an author and researcher, particularly of Southeast Asian photography.’

Gael has a long and illustrious career in the visual arts, stemming from her role as the inaugural curator of the Art Gallery of NSW, from 1974-1985. During this time she established the foundations of historically important Australian photo archives.

She then moved to the ACT, to take on the curator of Australian and International photography position at the National Gallery of Australia (NGA). She held the position for 29 years, and left in 2014 to pursue independent Asia-Pacific photography research projects.

Gael’s longstanding interest in Asia-Pacific photography led her to substantially growing the NGA’s collection of works from this area.

‘Since my departure from the National Gallery of Australia (NGA) in late 2014, my days continue to be occupied with research and project work that reflects a key point in my career when my interests became focussed on Southeast Asian photography — along with my on-going commitments to and involvement in Australian photography,’ Gael wrote on her blog. 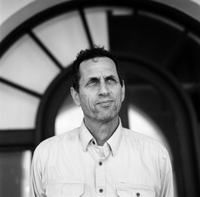 Moshe Rosenzveig
Moshe is the founder and director of Sydney’s annual Head On Photo Festival. Head On has been running for 14 year, originally as a portrait contest but for around 10 years as a festival celebrating local and international photography.

The aim of the photo contest was to challenge the arts establishment, which had a habit of awarding photos that were captured by a prolific photographer or featured a famous individual.

Through blind judging and an eclectic jury panel that changed each year, the photo contest rewards contemporary photography based on the merit of the work. The concept was a huge success, and planted the seed for what is now Australia’s largest annual photographic event.

While Moshe has also worked as a photographer, lecturer, and SBS producer, it’s his contribution to the visual arts through Head On which has earned him the Australian Honour.

Ian Poole
Ian received the John Oxley Library Award for 2018, which recognises an individual who has made an outstanding contribution to the appreciation of Queensland history.

Back in 2011 Ian generously donated an archive of 100,000 images to the State Library of Queensland.

The images cover Ian’s commercial work, spanning from 1972 until 1994. The library has recognised Ian’s donation as of great importance, for its range, depth and content.

‘(In his later years Ian) began looking at his work almost in the third person,’ Gary said on ABC Brisbane radio to morning host Loretta Ryan. ‘He was looking back on all the work he did over the 20-25 year period as someone else – almost interpreting what he produced. I think he started to realise what he did was very important. Whereas, at the time, he was a prolific commercial photographer and it was just day-to-day, keep going.’

Gary said while Ian’s archive only covers a small slither of history, the library’s collection of the era is quite slim.

‘It’s a really broad cross section of prolific commercial and advertising work that is a true reflection of the time.’

The donation consists of original negatives, colour transparancies, prints, and scrapbooks. The library will digitise the collection.

Click here to listen to Gary talk about Ian (37:00 minutes).