Fujifilm has announced the late September availability of X-T3, a 26.1-megapixel APS-C mirrorless camera capable of shooting up to 30fps and capturing 4K/60p video. 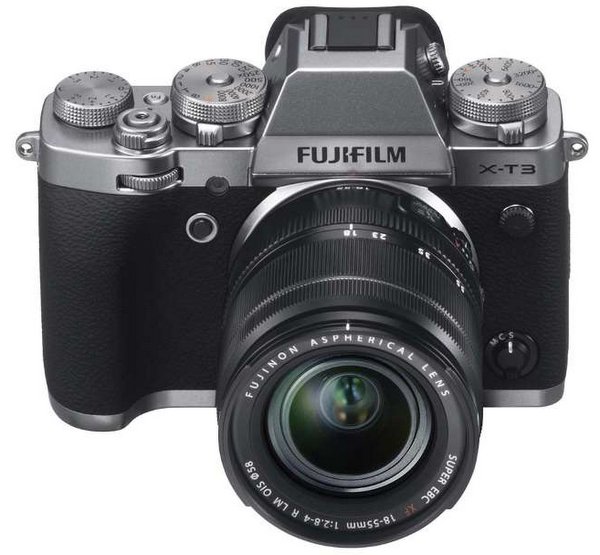 This year has been all about full frame mirrorless releases, however Fujifilm is standing firmly by the APS-C image sensor format with the X-T3, and X-H1 announced earlier this year.

The X-T3 also has a new and improved X-Processor 4 processor, which is three times faster than other X series models thanks to a Quad Core CPU. The processor, along with a phase detection algorithm, provides a 1.5 times faster autofocus than the X-T2.

Additionally low-light AF has improved by 2 stops, from -1EV to -3EV, and Face Detection AF is also more accurate.

The X-T3 can shoot 30fps with the electronic shutter at 1.25 crop in ‘Sports Finder’ mode, 20fps at full resolution, and 11fps with the mechanical shutter

Video is a big deal. The 4K/60P 4:2:0 10bit recording also comes with 4K/60P 4:2:2 10bit HDMI output to an external recorder. The sensor read speed has been given a boost to reduce rolling shutter, and there’s noise reductions algorithms also.

Videographers will be pleased the camera features a built-in headphone jack, to monitor video audio.