The Raleru Board (Camera House) has announced the appointment of well-known ex-Fujifilm executive Paul Rogers as Raleru’s new general manager, replacing Charles Davey who left the company in January. 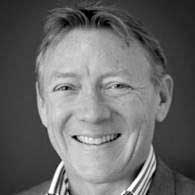 Paul worked at Fujifilm Australia  starting in 2001 and was general manager, Consumer Imaging, from 2010 until 2013, when he left the company during the Dave Marshall regime.

Since leaving Fujifilm in 2013, he has been in senior positions with Adrenalin (ad agency) and then as commercial director at The Gruden Group (digital marketing).

‘Paul brings to Raleru a wealth of experience in managing staff, working with stakeholders and innovative thinking,’ said Camera House chairman David Stallard. ‘His enthusiasm for the job is exciting, as is his vision to grow Camera House as the major player in the photographic specialist industry.’

Paul will begin his new role as soon as current work commitments are cleared.