Perth photographer, Chris Saunders, has won the AIPP Australian Professional Photographer of the Year Award for a portfolio of abstract aerial images.

While an AIPP member for only three years, Chris has pocketed several awards including the 2018 AIPP WA State Award top prize.

He’s an engineer for an oil and gas company, who spends his spare time photographing landscapes.

‘What I really enjoy about aerial landscapes is it allows you to see things from new perspectives and explore new areas,’ he said. ‘To see the scale of what people can do to our landscape, you can either be in awe of it or mortified by it.’ 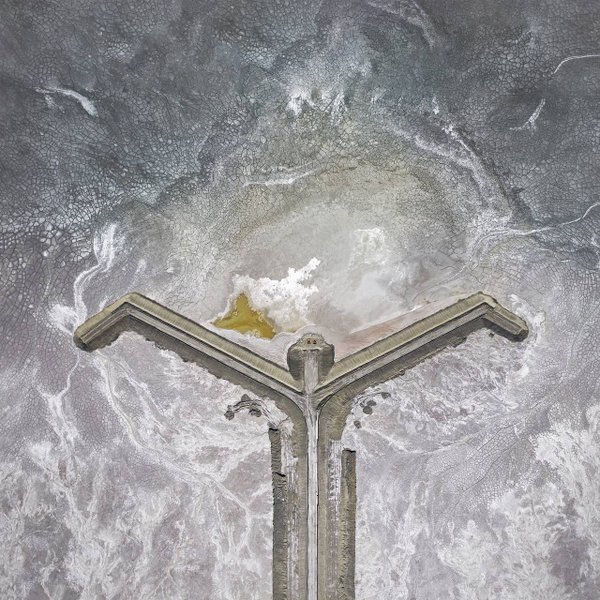 The award-winning photos were taken in the far reaches of Western Australia – at Lake Lefroy near Kalgoorlie and the Lacepede Islands off the coast of Broome.

Chris told ProCounter he prepares by studying landscapes on Google Maps and visualising the type of image he’d like to capture when there.

‘Of course the reality can be very different from the plan, so you always need to be reactive but it acts as a great starting point,’ he said.

‘In my images I try and find a narrative that I can build on in post production so I look for shapes and textures which can help tell the tale. As a rule I try and keep my images simple or uncomplicated. Whilst I have my own stories that each image is for me, the wonderful thing about abstract images is that everyone is free to interpret them differently.’

Chris shoots with a Phase One medium format XF and IQ150 back, a Schneider 80mm f2.8 Blue Ring, and captures the images from a light aircraft.

While only joining the AIPP a short time ago, Chris has been photographing as an enthusiast for 20 years.

The challenge of entering the APPA awards have, over the last three years, created a step change in my abilities. Landscape photography allows me to spend weekends and trips away, and I can then work on developing and selling my prints during the evenings for weeks and months afterwards – so it really meshes well with having another paid profession and both can exist in parallel.’