Irena Prikryl, director of The Maud Street Photo Gallery in Brisbane, has hatched plans to launch a new Queensland Centre for Photography.

Irena is backed by a powerful collective of volunteers, who are all working hard to give Queensland photographers a new home.

Serena told Inside Imaging that Eric and Robert are focusing on the practical hands-on photography workshops and events, while she will work with Jeff on the fine art exhibitions. Doug and Victoria are involved with teaching a variety of workshops.

At the same time Irena opened the Maud Street Photo Gallery – which became the only space in Brisbane dedicated to stills photography.

‘We exhibit work by professional photographers, up-and-coming talent, and emerging photographers. It’s concentrated on photography only,’ she told Inside Imaging.

Irena says a major advantage with the business is that they own the building and freeholds, which keeps overheads low and allows them to operate on a shoestring budget.

‘There’s still expenses, but not paying rent helps, as does having a really helpful team of volunteers. I don’t know how long we can do it this way, but we’re much less commercial than other galleries I think,’ she said.

As well as having two gallery spaces with an area capable of running workshops and seminars, Maud Street also has a dark room and reference library upstairs, and a bar and fully-equipped kitchen for functions.

All it needed was the name. 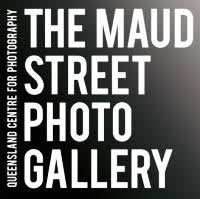 ‘I thought it was such a great shame that photographers had nowhere to go without there being a centre. My accountant said to me at the end of last year “the business name, Queensland Centre for Photography, is available – would you want to take it on?”. I said absolutely, because we were already trying to create a kind-of centre at Maud Street.’

Irena’s Queensland Centre of Photography has no affiliation with the old QCP, other than bearing the same name.

Irena says it will grow slowly and organically, and is currently in its very early stages. The team is developing a program, and organising workshops and seminars to run throughout 2019.

The ultimate goal is to create something like what Jeff did with BIFB, but that’s not happening anytime soon.

For now it’s about ‘offering photographers all sorts of services and a venue where they can come and do what they do best’.

A joint exhibition by Jeff Moorfoot and Milton Wordley just wrapped up at Maud Street.

Jeff showed Artifacts, a series of camera-less image made by placing the subject onto a flatbed scanner; while Milton showed A Year in the life of Grange, an award-winning series that document the life of Australia’s famous wine, Penfolds Grange.

The opening night, which featured a Penfolds wine tasting, cost $35 and sold out.

To kick things off in 2019 is a John Gollings exhibition, The History of the Built World, on loan from the Monash Gallery of Art.

‘We’d also welcome other professionals and photographers who would be willing to contribute to our program or course to make the Centre a great place for Queensland photographic community.’