Queensland and northern NSW retailers will miss veteran industry rep Werner Krex, who ended his long and distinguished career in the industry this week. 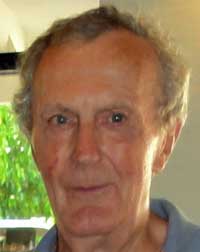 We thank Werner’s friend and colleague, Peter Cosham (Haldex) for the following short tribute: Werner began his career in the photographic industry in retail in Germany in 1961. He came to Australia in 1965 and joined R. Gunz (Photographic) Pty Ltd starting out as a storeman in the warehouse.

Werner was offered a sales rep role in 1969 and was promoted to NSW sales manager in 1973. He was a well-liked and popular rep for many years in NSW with a great knowledge of the many top products and brands R.Gunz had in their stable including Konica (in the early days) Olympus, Meopta, Kinderman, Gossen, Multiblitz, Metz, Hoya, Cokin, Tokina and many more.

In 1986, Werner was asked to move to Brisbane to become Queensland sales manager where he remained until 2001. He joined Film and Video Extras in June 2001 as their Queensland agent and also took on Barcond Photo Albums and Randolf Frames as part of his portfolio.

Werner and his wife Wendy have recently purchased a home Coffs Harbour and plan to move there for the next phase of their lives.

Werner is being replaced at FVE by Bryan Fagerlund who, like Werner, has been in the
industry for many years.

‘Werner has been a very loyal and reliable agent for us, and we are sorry to see him go. We thank him for his service and all of us here at FVE Pty Ltd wish Werner well for a long, happy and healthy retirement and we are sure you do as well,’ FVE managing director, Carry Alam wrote to customers.

PhotoCounter readers will join us in wishing Werner the very best in the coming years.