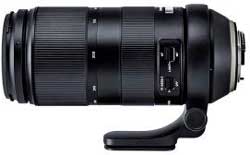 Tamron US said the new lens delivers fast and precise AF performance and a consistent four stops of image stabilisation due to a high-speed Dual MPU (Micro-Processing Unit) control system. Optical design includes three LD (Low Dispersion) lens elements for aberration reduction and Tamron’s original eBAND Coating for anti-reflection. At just over 1 kilo in weight, the new lens is nonetheless the lightest in its class, featuring magnesium alloy in the lens barrel to ensure weight reduction, and improve strength and portability.

No local details have been forthcoming, but the lens is set for November 16 availability in the US at a US$800 price point. The PC guesstimate for this one locally is $1199.

Fujifilm drops more film stock
Fujifilm has announced further discontinuation of film stocks following the decimation of its range earlier this year. The Fujifilm film range is suffering the death from a thousand cuts, prompting keen film shooters to switch to Kodak and Ilford stock.

Kodak has announced an intention to bring back Ektachrome in 2018. Ths Fujifilm announcement will add a new incentive to actually follow through.

Carry-on with Li-ion batteries in US
The US Federal Aviation Administration is pushing for airlines in the US and ultimately around the world to ban cameras and other electronics from checked-in luggage, due to fire and explosion risks from lithium-ion batteries.

FAA tests indicated that if a lithium-ion battery was heated to the point where it caught fire near an aerosol can, it could result in an explosion so quick and powerful that it would render a plane’s fire suppression system useless.

In a recent submission to the International Civil Aviation Organization (ICAO), the FAA highlighted tests demonstrating these batteries as a potential fire risk that, in the most extreme case, could even result in the loss of an aircraft.

The FAA wants airlines around the world to ban electronics bearing lithium-ion batteries  from checked luggage, with passengers required to bring them on board in carry-on luggage.

‘Blad the prevailer
The Nikon D850 created a bit of a stir earlier this month when is bested all other camera sensors on the DxOMark league table with a score of 100. This wasn’t 100 percent mind – it was just the first sensor to score 100 points in the sensor and lens testing website’s ratings. 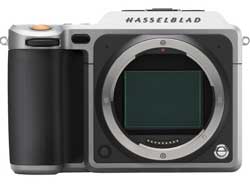 It’s tenure at the top of the heap was short-lived, as this week the mirrorless medium-format Hasselblad X1D-50c achieved a score of 102 points.

Here’s what DxOMark concludes: ‘Image quality on the Hasselblad X1D-50c is outstanding, crashing through the 100-point barrier to become the highest-scoring commercially-available sensor we’ve tested. At 102 points overall, it also achieves either the best, or very close to the best results for both colour depth and dynamic range.’