Cashback and 2-year warranties from Sony
Sony, now describing itself as ‘the world’s #1 sensor manufacturer’, has announced an update to its manufacturer’s warranty, offering two years for all Alpha interchangeable lens cameras (ILC) and lenses within Australia.

It has also rolled out a Christmas cashback campaign for its interchangeables, which will run until January 31.

Customers will receive a bonus EFTPOS gift card with values up to $500 when they purchase selected Sony mirrorless and compact cameras and lenses.

Th​is​ offer can be redeemed automatically at Sony stores and the Sony’s online store or via authorised Sony retailers.

See​ here for further details about the cashback offer, including all eligible models. 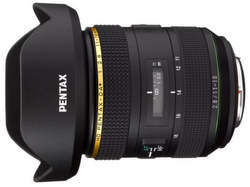 The new Star-series lenses have a dustproof and weather-resistant build and Ricoh says they ‘deliver the highest performance among the Pentax K-mount interchangeable lens series.’

The  11-18mm will cover the image circle of an APS-C format crop sensor and will be available in winter 2018. The 50mm f/1.4 lens is built for full-frame sensors and has a minimum shooting distance of 40 centimetres. It will be released after the 50mm.

Nikon leaves Brazil
Nikon Global has announced that, as part of global scale restructuring, it will no longer sell products – cameras, lenses, and accessories – in the Brazilian market through its e-commerce Nikon Store.

The camera company’s products were only available through the online store, Dpreview reports, meaning Brazilians will only be able to purchase Nikon products as grey market imports.

It appears Nikon is closing all retail operations in Brazil while maintaining customer and technical service.

‘Products under warranty, including those marketed by Nikon Brazil’s e-commerce through December 31st, 2017, will continue to honor the warranty periods. For out-of-warranty products, where possible, technical assistance will be provided based on costs approved by the owners,’ Nikon do Brasil president, Auster Nascimento, wrote in a press release.

The restructuring led to a factory closure in China last week.

Analogue gets a modern touch
A UK crowdfunding campaign has successfully raised its £100,000 goal to produce the Reflex I 35mm SLR camera, ‘the first update on the analogue system in 25 years’. 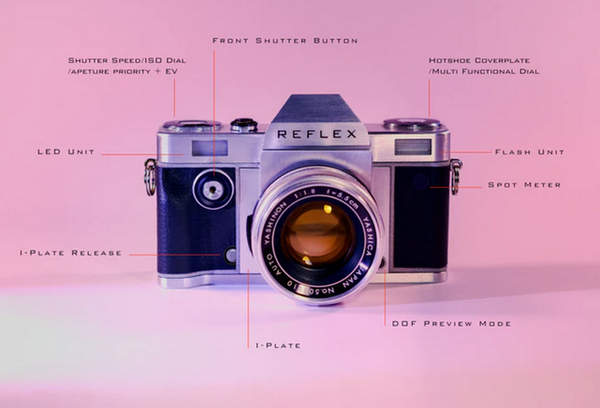 Film revival is making a slow comeback, with a small but dedicated fanbase – at least 332 who backed the Reflex I Kickstarter campaign.

The retro-designed camera comes with a few modern flairs. It has an ‘intechangeable mount plate’, enabling the camera to use M42, Nikon F, Canon FD, Olympus OM, and Pentax PK lenses.

It will also have a interchangeable back, allowing a photographer to pre-load and change to a different film mid-shoot.

The camera will have Bluetooth Connectivity, which can tether to a smart phone via an app, provided £150,000 is raised, allowing a user to make notes and capture meta-data of each shot.

The early-bird body-only camera with lens mount costs a £350 Kickstarter pledge, which is more expensive than most old school film cameras in perfect working order.

Shipping is planned for August 2018 – but take this with a pinch of salt. This is, after all, a crowdfunding exercise and things can go horribly wrong.

The camera is the first product from the Reflex brand.