No showrooming at Amazon!
Hard on the heels of purchasing a 460-outlet US retail grocery chain, Amazon has taken out a patent that will prevent customers from being able to compare product prices on their smartphones when shopping in-store.

Although it hardly seems legal, the Amazon software will identify when a customer is trying to access a competing retailer’s website and redirect them to Amazon’s own site or alert Amazon staff – who will presumably crash tackle the offending customer and confiscate their phone.

The ‘Physical Store Online Shopping Control’ patent is described by the The United States Patent and Trademark Office (USPTO) as: ‘Systems and methods for controlling online shopping within a physical store or retailer location…A wireless network connection may be provided to a consumer device at a retailer location on behalf of a retailer, and content requested by the consumer device via the wireless network connection may be identified.

‘Based upon an evaluation of the identified content, a determination may be made that the consumer device is attempting to access information associated with a competitor of the retailer or an item offered for sale by the retailer. At least one control action may then be directed based upon the determination.’

– We double-checked that this wasn’t a cheeky instance of fake news. Apparently it’s all true!

Here’s the kind of ‘control actions’ Amazon has ‘in store’ for you: ‘…access to competitor (or other requested) information may be blocked. As another example, the consumer device…may be redirected to other content, such as a retailer Web site. In certain embodiments, a desired item may be identified and counter-competitive information (eg, price comparison information, a coupon, an offer to match a competitor price, information associated with complementary products, etc.) may be provided to the consumer device. ..Proxy access may be provided to a Web site, such as a requested Web site of a competitor or a Web site associated with another retailer (eg, an online retailer having a referral payment arrangement with the physical store retailer, etc.). As yet another example…a sales representative may be directed to assist the consumer. As yet another example control action, an out of band message (eg, a short message service (SMS) message, an email message, a push notification associated with a retailer application on the consumer device, etc.) may be communicated to the consumer device.

Sony a9 betters Canon and Nikon competitors, says DxO
DxO has reviewed the 24-megapixel Sony a9 full-frame sensor and appraised it as superior to both its key sports photography competitors, the Nikon D5 and the Canon 1Dx II: ‘One of the best we’ve tested at base ISO, with consistently good scores for dynamic range and colour depth, and exceptional results for noise.’ 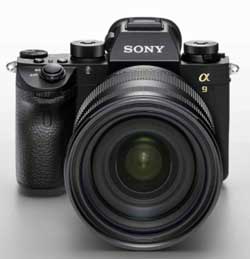 While the a9 is outscored by several higher resolution cameras from Sony, Nikon and the Pentax K1, it comes out on top in the low-light/action camera category, with an overall score of 92 points, compared to 88 points for its main action camera rivals.

‘While the Nikon D5 just has the edge for colour depth, and the Canon 1Dx II just ahead for dynamic range, the Sony a9 is the more consistent performer of the three at base ISO, offering very good results in all three categories, including the best low-light ISO performance (3517 ISO).

‘At those crucial mid to high ISO sensitivities for action photographers, image quality is also excellent and on par with flagship Nikon and Canon sports DSLRs.

‘Sony has delivered a powerhouse of a camera in the a9, which far outstrips the performance capabilities of most mirrorless cameras to date.

‘For the very best image quality, the a7R II offers better results for colour, as well as almost twice the sensor resolution, but it isn’t a sports camera and can’t compete for performance against the a9, so they’re intended for different markets.’

Mirrorless cameras = growth
With the five-year-long sales decline in digital compact cameras levelling out, DSLRs are now the worst performing camera category, while all growth in the camera industry is with mirrorless interchangeables. 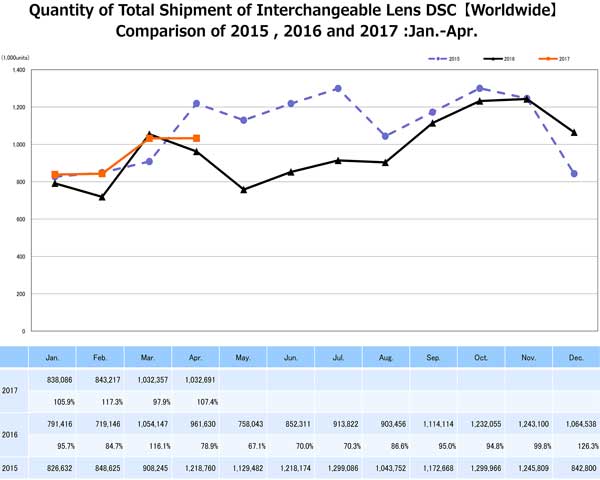 The April CIPA (Japan camera manufacturers) shipment figures have been released, with SLR models down 9 percent in volume compared to January-April 2016. Compacts are down by under 2 percent for the same period, with a higher average selling price than 2016.

Non-SLR (mirrorless) interchangeables, however, are up by just over 50 percent in volume terms compared to Jan-April 2016. They are also coming closer to matching SLR models in total numbers shipped, with 659,000 SLRs shipped in the month of April, compared to 373,000 mirrorless interchangeables.

Lens shipments are slightly up on Jan-April 2016 levels and these figures also indicate the arrest of a long-term decline. Last year, around 15 percent fewer lenses were shipped compared to 2015.

Rod Shaw bows out
Rod Shaw, Sun Studio Melbourne’s sales manager and a 40-year veteran of the industry, has announced his retirement. 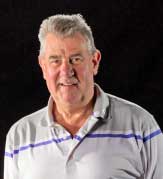 He was with Baltronics for over 20 years and stayed on with Sun Studios when it was acquired by Canon in 2014.

‘My journey started in this industry as a naive 17 year old with dreams and passion for photography,’ wrote Rod. ‘I soon realised that I wasn’t much of a photographer, but loved being involved with people that were.

‘In well over 40 years in this industry, I’ve seen many changes both in technology and people, both of which have given me great job satisfaction and enjoyment.

‘I wish to thank so many of you for your loyalty and support throughout my 27 years with Baltronics and Sun Studios, and your faith to trust my advice and consultation in enhancing your own business and passion.

‘I look forward to celebrating with the Melbourne team and everyone at the greatly anticipated opening ceremony later this year for the new Sun Studios Melbourne.

‘Thanks again for the memories.’