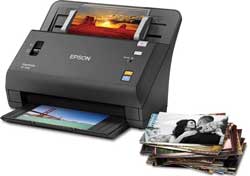 We reported back in January about a fast, versatile (duplex) automatic photo print scanner from Epson, the FastFoto FF 640, which was launch in the US at around US$600. At the time we were surprised Epson wasn’t bringing it to Australia. It would be a perfect complementary unit for the Epson Surelab suite of retail printing gear, for instance.

Last week a reader came back with some questions:
– WHY doesn’t Epson have plans to launch the FF-640 in Australia?
– Why in the US and elsewhere and not in Oz?
– What’s wrong with our money?

So we asked (sorry, ‘reached out to’) Epson to check if there had been a change of heart. Not yet, but maybe: ‘Fastfoto was designed for the US and is not available in Australia. However we are reviewing the market here and hope to launch next generations of FastFoto some time next year,’ wrote Bruce Bealby, general manager, Sales & Marketing, Consumer Division, Epson Australia:

(Designed for the US market? So are all the controls on the left hand side or something!)

Nikon initially announced a recall of some models in In July 2015 and then again in February last year due to the shutter causing shading in images.

‘Therefore, any D750 manufactured from July 2014 to September 2016 is eligible for inspection and repair of its shutter.

Click here to key in your D750’s serial number and find out whether you are a lucky or unlucky owner.

Cinema camera system market disruptor Red is getting into the smartphone business from early 2018 with a model called the Hydrogen One, which it claims will deliver 3D video without glasses and even holographic images. Augmented reality? Natch.

The Android-based Hydrogen One will have a 5.7-inch display and can double as a monitor for Red’s cinema cameras. It will have a USB-C connection and a microSD card slot. Red plans two versions of the phone, one in aluminum for US$1195 and the other in Titanium for $1595. And that’s about all they are telling us. Nice pic, though.

Camera sales trending up
According to a mob called Hexa Reseach, 2016 was the annus horribilus of the global camera market, with a bottoming out last year, following by modest growth through all the way to 2025.

The rationale for growth – ‘digitized features’, people traveling more, ‘more events held around the world’, HDR, are pretty unsightful (you would be ill-advised to fork out US$5K for the full report, based on the quality of the press release), but the figures in the chart are somewhat supported by the ‘real world’ camera shipment figures from CIPA.

And hey, any graph which shows camera sales rising is our kind of graph! 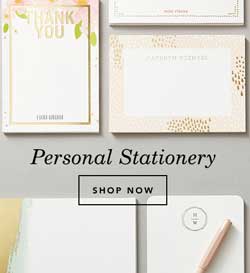 ‘This move offers our customers the same Tiny Prints premium stationery they love, with the added convenience of a single log-in and access to a breadth of personalised Shutterfly products across the platform,’ said  Christopher North, president and chief executive officer of Shutterfly, Inc.

Shutterfly also owns Wedding Paper Divas, providing wedding invitations and stationery, GrooveBook, an iPhone and Android app for photo books (100 photos made into a photo book every month for $2.99), and BorrowLenses, an online marketplace for photographic and video equipment rentals.