Spy drones
The US Immigration and Customs Enforcement agency has accused drone-maker DJI of  spying for the Chinese government. 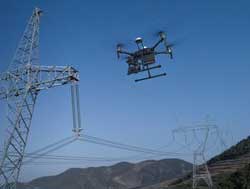 It alleges (‘with moderate confidence’) that ‘Chinese-based company DJI Science and Technology is providing US critical infrastructure and law enforcement data to the Chinese government.’  With high confidence it claims ‘the company is selectively targeting government and privately-owned entities within these sectors to expand its ability to collect and exploit sensitive US data.’

US Customs further accuses DJI of using its apps and SkyPixel cloud service to collect sensitive information and transfer it to servers that the Chinese government has access to.

DJI has responded that the whistleblower who supplied the information was possibly a competitor attempting to damage the company’s reputation. It has released a statement calling the allegations ‘so profoundly wrong’ that the memo should be withdrawn.

The ultimate portrait lens?
Leica has announced the Noctilux-M 75mm f1.25 ASPH. As well as being ‘the world’s fastest 75mm lens’ (in a field of how many, one wonders?) it must be among the most expensive for a 35mm camera, with a local RRP of $17,300.

Used on the Leica M8, which has an unusual 18x27mm sensor, the focal length is 100mm. The lens has am eleven-blade iris and nine element in six group construction.

It will be available worldwide from January 2018.

Epson freshens up photo printer range
Epson Australia has announced new Expression Premium Photo all-in-one inkjet printer/copier scanners – two A4 models, the XP-6000 and XP-8500, and an A3+ model, the XP-15000 models. Given that new inkjet printers are usually – dare we say it – a little bit boring, let’s have a closer look at the XP-15000, which is more likely to appeal to photo retailing customers. 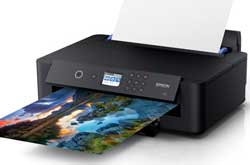 The XP-15000 is 30 percent smaller than its predecessor, the Artisan 1430. It features wireless connectivity in addition to printing direct from a USB drive.