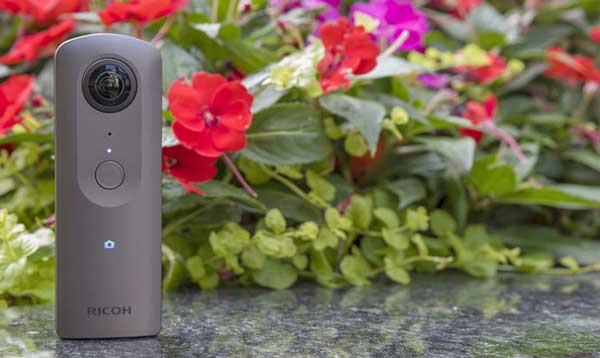 The Theta V has 19GB of internal memory, which will store 4800 photos or 40 minutes of 4K video (130 minutes in 2K). Once video has been recorded a Theta iOS/Android app enables viewing and rotating to see it from different angles. The Theta app also lets you preview your shots before you shoot and live stream to platforms such as YouTube Live.

The camera is very compact and ‘pocketable’ and weighs just 121g. An optional waterproof housing (TW-1) is also available that will let you take the Theta V down to 30 metres.

The Theta V is the first Street View mobile ready camera to be certified by Google. This allows users to create Street View imagery on the move.