NSW is moving to impose mandatory 3-year expiry dates for gift cards, with the responsible Minister saying the plan would put up to $60 million a year back in the hands of NSW shoppers. 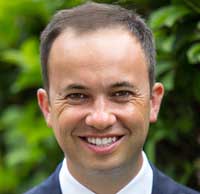 There is no timeframe for the change and legislation is only now being prepared – so this is not something which is likely to impact NSW retailers in the next 12 months or so.

‘When consumers hand over their hard-earned money, they rightly expect to get what they pay for,’ said Matt Kean, Minister for Innovation and Better Regulation (pictured right). ‘I’m fed up of business taking money from shoppers and providing nothing in return, which is why I’m putting consumers first and making sure they get a fair deal.

‘Our plan will also stamp out further gouging of consumers through post-purchase fees and charges that reduce the balance on their gift card.

‘We’ve had more than 1300 complaints about gift cards to NSW Fair Trading over the past five years – mostly about expiry periods and undisclosed terms and conditions.’

Mr Kean said the Australian gift card market is worth up to $2.5 billion per annum, with about 34 million gift cards sold nationally each year. ‘Most gift cards are offered with a 12-month expiry date; however, up to eight per cent of recipients do not use the full balance in time,’ he said. (Which would point to a loss of around $200 million to Australian gift voucher owners.)

While many cards – including those from JB Hi-Fi, Myer and David Jones and JB Hi-Fi — currently have a life of two years almost as many retailers – eg, Westfield  Country Road – sell cards that expire after just 12 months. Many smaller retailers such as beauty salons only allow three months to use the stored value.

Among photo specialists, Ted’s Cameras gift vouchers expire in 12 months while DigiDirect vouchers are valid from 3 – 12 months, and are only able to be used for non-sale, non discounted products. Digital Camera Warehouse also has a 12-month expiry period for its gift vouchers. 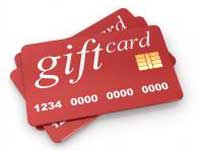 The Australian Retailers Association is not happy with the proposal, saying it will ‘significantly disadvantage consumers, hurt small businesses and place NSW at a competitive disadvantage to other states.’ (With the slim chance of a total caving in of the sky also on the cards.)

The ARA, along with the NSW Business Chamber (NSWBC), Australian Sporting Goods Association (ASGA), Franchise Council of Australia (FCA), Pharmacy Guild of Australia (PGA), and Restaurant and Catering Australia (RCA) all disapprove of the proposed reforms to NSW gift cards.

ARA executive director, Russell Zimmerman, said the ARA along with the above industry groups are concerned that members and the business community were not properly notified of these reforms and believes implementing any changes without consultation to key stakeholders is concerning.

Instead he wants a non-binding code of conduct with a 12-month expiry period as ‘best practice’.

‘It is unreasonable to expect small retailers and family businesses to amend their administrative practices and incur extra liabilities on their books simply to respond to unnecessary regulation.

‘Gift cards are issued to consumers free of charge, with the majority used within their first 12 months. Increasing red tape and imposing conflicting rules on gift cards from retailers who operate across the nation will simply not work,’ he said.