No easy fix for smartphone printing (yet)

Even though photo kiosks have been around for a decade or more, systems for  transferring image files from a customer’s smartphone or device to a photo kiosk have yet to be perfected. 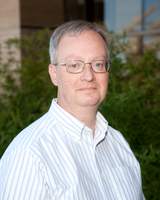 This was the consensus of the predominately American audience in the seminar room at the IPIC 2017 speaker session, Monetizing Mobile Photos, hosted by Larry Steiner (right) from Spectrum Photo and Digital Services, and Marsha Phillips from F-11 Photographic Supplies.

The session was an ‘open forum’, where attending retailers contributed by asking questions, sharing their own experience or war stories, and providing tips and advice. The majority of attendees – using a range of software solutions from different vendors – expressed some frustration with the phone-to-kiosk function. Most are ‘kinda’ satisfied with their kiosks, but agreed that image transfer functions need improvement.

Given a US Fujifilm store reported that 94 percent of product orders were these days coming from mobile devices, it’s vital that smooth ordering systems are in place. (A session attendee said their figures were more like 75 percent.)

Mobile headaches
A number of issues were raised during the session.

Retail photo services software companies need to keep up with ever-changing mobile device technology, and continually improve their products and services. (A current example being the latest iOS 11 operating system from Apple, which has ditched the familiar JPEG file format.) But unfortunately some are falling behind, forcing retailers to address unexpected compatibility issues or software malfunctions.

A common issue with several brands of kiosk software, according to the attending retailers, is the tendency to load every single image from a tethered device into the kiosk prior to the customer being able to select the images they want to work with. Where a customer has thousands of images on a smartphone, the kiosk will grind to a halt.

Mobile device updates can create performance issues also. Some pictures are buried in a labyrinth of folders or stored in the cloud, making it difficult to print or even locate the photos when tethered to a kiosk.

Physical components for mobile devices also change, particularly connectors and cables. This may require new hardware and software upgrades, and has caused some unexpected issues for retailers.

Staff can end up spending valuable hours addressing these issues, or assisting customers with a clunky and complex system. Or, for whatever reason, things just might not work.

And, in the end, it’s all to simply print a handful of images. Customers must be left wondering why it’s all so hard.

If any of this sounds vaguely familiar, you’re in good company.

During the hour-long session, a few ideas and solutions were thrown around. However, no one was able to boast they had ‘the perfect system’. Even though mobile printing and photo kiosks are well beyond the infancy stage, there are still issues.

For example, many of the issues mentioned above can be fixed by using iOS content sharing app AirDrop and a Mac, along with kiosks.

AirDrop is automatically loaded onto Apple mobile devices that uses the Lightning connector, which replaced the 30-pin Dock connector in 2012.

The customer can create an album of photos in their device via AirDrop, and wirelessly transfer the files to the store’s Mac.

Marsha said it’s one of the fastest and smoothest ways to move images. A customer doesn’t need to physically tether a device to the kiosk, and the kiosk doesn’t load every image file for the selection process. Additionally, the images stored in the iCloud are accessible.

Once the images are on the Mac, she uses file management app, Hazel, to automatically transfer them to the kiosk. She says the software is simple to set up, and there’s similar alternatives out there for those who haven’t invested in Apple technology. However, these tasks can also be done manually.

‘Hazel is a tiny piece of software for Mac that does manual tasks. There’s other solutions out there, and we tried two or three others but prefer Hazel. It’s easy and reliable,’ she explained.

Hazel can filter what files are sent via AirDrop to the kiosk, to prevent non-image files crashing the kiosk or causing it to falter.

An audience member mentioned an alternative they use called RoboBasket.

AirDrop is not available for Android, but there are alternatives, such as InstaShare -0 the only trouble being that customers need to download the app. Attendees agreed that only a small fraction would be willing to do this, and the rest would likely be miffed that something which should be seamless and direct – printing a pic from a phone – ain’t so easy.

But wait – solutions are coming!
We asked three leading retail photo services software providors what they were doing about the mobile-to-kiosk conundrum. It appears they have been listening to their customers entreaties:

Philippe Hugron, Dakis
We have an exciting development for our kiosk software which we’ll be launching simultaneously this weekend at the PRO convention in Orlando (United States) as well as the CANTREX – Nationwide convention in Montreal (Canada). The new feature is called Dakis Universal Browser to Kiosk (UB2K). It’s an APP-less WiFi transfer which happens in the user’s browser. (Using the WiFi transfer will also be the simplest and easiest way for consumers to transfer their new iOS 11-generated HEIF files to a kiosk.) The new UB2K WiFi transfer will not only work for iPhones and iPads, it will also work on Android devices, and all smartphones and tablets running on any major operating system and using any major browser.

Steve Giordano, Photo Finale
Phone-to-kiosk is always going to be a challenge for the kiosk business. The issue is that there are competing security models and none of the ‘big’ companies have an interest in cooperating.

We have a new Universal Transfer system that works with all phones and has been in the field for 6 months with one of our large customers. We are now releasing that feature to our general customers in our 10.0 release that comes out this month.

David MacDonald, Storefront:
A lot depends on the smartphone to kiosk connection. We support two methods: wired and/or app-free wireless transfer. The latter, especially, has been very popular with customers. Wired transfer is good when users want to transfer a large number of images but, up ‘til now, has had the disadvantage of pulling everything off the phone, which can be time-consuming when users have a lot of stored images.

In our upcoming version release (which is through testing and in soft launch), we have introduced the ability to specify a date range for the images that a user wants to access via wired transfer. This is a significant performance enhancement since, of course, users often only want to access recent photos from their phone. We expect to see increased photo sales as a result. (Certain – especially enterprise – customers cannot enable wireless transfer, so wired transfer is all they’ve got. Customers don’t always want to wait for the full contents of their image folder to transfer in order to place an order.)