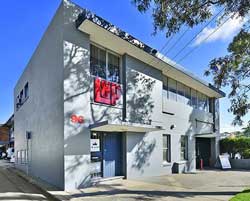 Insolvency website Insolvencynotices.com.au has announced that at a general meeting of members of L&P Photographics on August 2, ‘it was resolved that the Company be wound up and that Christopher John MacDonnell (Restructuring Solutions), be appointed liquidator’.

Industry sources have informed PhotoCounter that it has been known for some time that the business was in financial difficulties, but there was no particular business decision or direction which brought the liquidation on. ‘It’s been a slow, terrible death,’ observed one contact.

The 900 sq metre showroom and offices in Artarmon (near North Sydney) which were once convenient and close to the centre of the professional photography scene in Sydney, became less appealing as a destination with increased traffic congestion and parking difficulties. The property – not owned by L&P –  was sold by the current landlord in June.

L&P was a medium and large format camera specialist at a time demand for these units was waning. Then there’s been the changes in the lighting marketplace with the arrival of lower cost Chinese brands and LCD technology.

The acquisition and financial re-invigoration of Sun Studios (competing in products, studio rentals and equipment rentals) by supplier Canon would have also been a mitigating factor. 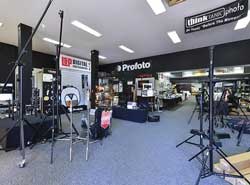 L&P was Australian distributor for a range of prestige brands including Phase One, Capture One, Cambo, Pocketwizard, Sekonic, Rodenstock, Tenba, B&W Cases and Kaiser Fototechnik.

L&P Photographics was started back in the 1980s and under the leadership of Bruce Pottinger has always been a major contributor to the Australian photographic community, with a major presence at trade shows, consistent sponsorship support for professional photographers and their associations, and many hours and days of behind-the-scenes committee work.

PhotoCounter contacted Bruce Pottinger for some input to this report, but he was unable to respond at very short notice. We will follow up next week.

Our sincere condolences to Bruce, Richard Williamson and the L&P team.