Photo retailers – and ex-photo retailers who identify Harvey Norman as one of the reasons they are no longer in business – will have bemused reactions to Gerry Harvey’s observations about unfair competition from Amazon. 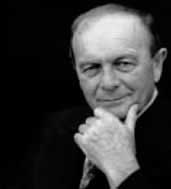 ‘If they are going to come in and use predatory pricing to send other businesses broke,’ he told News.com.au, ‘I don’t get why that is a good idea.’

– While it’s hard to disagree with the sentiments expressed, the hypocrisy is gob-smacking! Many would argue that, over the years, Harvey Norman’s pioneering of 10 cent and 8 cent prints have done just that to many suburban photo stores in Australia. As we have noted over the years, Australia has the lowest priced photographic prints in the world. This was sheer retail vandalism from Harvey Norman then Big W and the rest, with the cooperation of Fujifilm. An entire segment of niche retailing has been ‘decimated’ (which is what Amazon is said to be planning for Australia retailers) simply to drive foot traffic into larger stores.

Co-incidentally, we last re-visited the hoary old issue of Australian print pricing when looking at the entry of Amazon into the US photo services market, and its pending arrival in Australia. Back in October last year we wrote:

To see just how appallingly the local market has been trashed by discounters already, with supply courtesy of Fujifilm Australia and Kodak Alaris Australia, all you have to do is currency convert and add GST to those ‘market disrupting’ Amazon Prints prices: So the US 9 cents print is around 14 cents Australian incl. GST. A US 58-cent 5×7 would be around 85 cents Australian with GST and an Amazon 8×10 would be around $2.50 including GST. Hardly market-disrupting down here!

Gerry Harvey went on to say; ‘Across America they have sent retailers broke all over the place — family businesses that pay tax and employ people.

‘We will be happy to equal their prices and if they are predatory prices, trying to send us all broke, we will be saying to the government that is against the law.’ 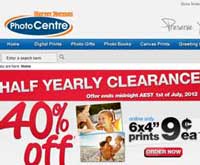 It’s interesting to compare and contrast Gerry Harvey’s fit of outrage at the unfairness of it all to the more relaxed attitudes of specialist retailers we asked this week about Amazon’s pending arrival.

It would appear that while Amazon has Big Retail quaking in its boots, the hardy survivors in photo specialist retailing have already been through the kinds of challenges Gerry Harvey is railing against – courtesy of the pricing policies devised by businesses like Harvey Norman, and abetted by Fujifilm and Kodak Alaris.