Browsing the Fujifilm-administered (© 2017 FUJIFILM Australia Pty Limited. All rights reserved. ABN 80 000 064 433) Big W and Harvey Norman online photo shops, I was struck by just how much gear was being offered at ridiculous discounts. Most products  were at 50 percent discount, rising to 80 percent. 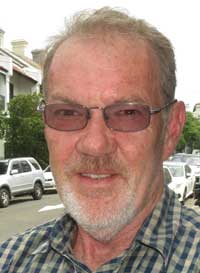 I’ve heard it said and written that photo retailers need to just suck it in and move on from the 6×4-inch print because the price has been trashed and the genie won’t go back in the bottle. Put the focus on higher margin products like canvas and metallic prints, photo books, enlargements, etc. But these are now all being virtually given away by the
mass merchants as well.

I also read this week that Parliament has passed amendments to Section 46 of the competition law so that an ‘effects test’ will prohibit a company with a substantial degree of power in a market from engaging in conduct with the effect or likely effect of substantially lessening competition in any market. Surely constant, relentless discounts to virtually the entire retail category of photographic printing services, which has the effect of knocking smaller local competitors out of the market, reduces competiton.

Unfortunately there is no business in specialist photo retailing with the resources with the $2 – 4 million to take on Harvey Norman or Big W in the courts, so it will be a matter of convincing the ACCC to go into bat for what’s left of the photo specialist industry. Where’s PMA when you need it! 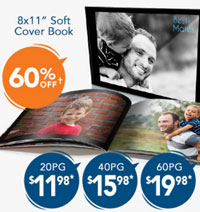 Or maybe the big retailers will simply realise the trashing of photo retailing is now illegal as well an unethical, and cease and desist. Dave – have a word with ’em will you mate!

On things retail and legal, I’m surprised at the deafening silence in the media regarding the pending elimination of the GST loophole. It’s really only a matter of weeks away now until eBay (apparently) has to start collecting GST on offshore sales from its backyarders, and Kogan has to stop selling grey market gear from HK GST-free. (Now if I was a stock
market short seller…)

Is there a loophole to the closing of the loophole which we aren’t yet aware of? Or is it simply the Australian business media turning in its usual lazy and uninspired erformance?
– Keith Shipton