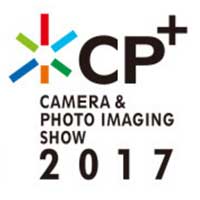 It was a platform to showcase the new technology which would find its way via retailers into the hands of professional and enthusiast customers during the year.

If CP+ 2017 is any indication, the product development pipeline, from the camera makers in particular, seems to have dried up. Fujifilm’s new medium format GFX must have garnered some interest, but a major global PR event several weeks prior meant it wasn’t a surprise to anybody. Canon did its usual trick of pre-announcing/leaking details of some new models (EOS 77D, 880D and M6) to generate a bit of hype, but by the time the show started they had garnered about as much publicity as slight upgrades to the models they superseded were ever going to receive. Judging by media coverage, they certainly weren’t highlights.

The big winners were the specialist lens manufacturers. They didn’t have to steal the show, the camera makers presented it to them on a velvet cushion, wrapped up in a bow!

Sigma was the clear star, launching three new Art series lenses – a 14mm f/1.8 DG HSM Art, 135mm f/1.8 DG HSM Art, and 24-70mm f/2.8 DG HSM OS Art, each of which was ground-breaking in terms of technological development, plus a 100-400mm Contemporary (enthusiast) model which should sell in good volumes. It also had another star on hand with personable CEO Kazuto Yamati conducting interviews in his refreshingly straightforward and candid style.

Fujifilm announced a couple of ‘MK’ Super 35 cinema lenses, also for Sony’s E-mount. There’s a 18-55mm T2.9 coming soon and a 50-135mm T2.9 towards the middle of the year. Fujifilm will be releasing the same lenses in its X-mount by the end of the year.

Ricoh indicated there was a full-frame Pentax 50mm f1.4 in the pipeline.

Other than that, the always exciting world of memory cards became absolutely febrile with with Sony’s announcement of a new SF-G line of SD memory cards that they claim are the world’s fastest, with read and write rates around 300MB/s and capacities from 32GB to 128GB.

The SD Card Association made the alphabet soup it has cooked up even thicker with the introduction of the UHS-III standard – with maximum data rates twice as fast as the current UHS-II interface. Raining on Sony’s parade somewhat, the new standard allows cards to transfer data at up to 624MB/s and will be used in both SD and Micro SD cards.

– And that’s it! The good folk at Amateur Photographer (UK) noted with considerable understatement that ‘CP+ 2017 might not go down in history as one of the most exciting of photography shows for new announcements…’ while probably wondering whether it was worth the time and cost of the plane ticket.

Kumamoto consequences?
It may be simply down to CP+ being too close to last September’s Photokina, but the lack of new cameras could also be a lagging indicator that the camera makers haven’t quite recovered from the consequences of the Kumamoto earthquake.

The camera companies and their country-based subsidiaries were less than transparent during the supply crisis last year. When all the financial results for 2016 are on the table they will show that:
a) if a company relied on sensors supplied by Sony, they it will have been financially hammered in 2016;
b) the consequences have yet to completely work their way through the production/development pipeline.

While you won’t read it anywhere else – well, at least for a while, when it doesn’t really matter any more from a business sense –  Kumamoto was an unprecedented disaster for the photo industry. But the evidence its there. A Nikkei report states that it took until September – 6 months – for shipments to return to pre-quake levels, and cost Sony around $1 billion in profit. The knock-on cost to other camera companies unable to meet demand, and the loss of retail sales around the world would need to be added to that to understand the full impact to the photo industry. The CIPA production figures for 2016 show how drastically production fell through the middle six months of the year only to pick up when the Sony factory came back on line. Canon conceded in its annual report that a spike in camera sales wasn’t all due to the brilliance of its products and marketing, but the fact it wasn’t reliant on Sony sensors (‘We benefitted from the shortage of parts that impacted our competitors. As a result, our unit sales increased 2 percent…’. Nikon, which uses Sony sensor technology extensively, saw camera sales drop by almost a quarter in the first 9 months of the year and Olympus experienced similar declines. When we asked retailers how they fared over Christmas almost every respondent noted that lack of supply hit hard. And when we surveyed PhotoCounter readers, two-thirds said camera shortages had a severe impact on sales.

The conundrum now for the camera makers is whether to launch the 2017 models and cut their losses on models which should have been selling in 2016 but weren’t on the retailers shelves, or delay or even cancel the launch of new models to try and recoup some of the development and production costs.

Perhaps there will be a fire sale of existing models to generate some cashflow and clear the decks for new technology.

Perhaps there actually should be a slow-down in the release of new models in a now-mature market. In which case Kumamoto could be seen as a circuit-breaker.

But CP+ 2017 indicates the camera makers might be trying to re-run 2016, only this time with stock. Whatever the case, they need to be a bit more upfront with their retail customers than they were last year. Tell the industry what’s in store for 2017. Just tell the truth. We are, after all, all in this together.
– Keith Shipton