It’s possible Amazon will import products direct from overseas rather than operate through local distributors, according to Prashant Kamalapuram, director, International Tax, at Amazon. 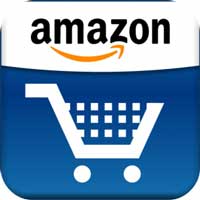 This emerged during Productivity Commission hearings exploring the virtues of the various models for GST collection from offshore retailers.

He was asked how Amazon was going to handle local sales once it set up its expanded Amazon Australia operations and responded: ‘Where we operate retail business in the country we actually import products into the warehouses in the country and then sell to customers.

Unless there are exceptions to this rule – highly likely with its unparalleled product range –  Amazon seems to be saying that it will by-pass local distributors for products offered direct from Amazon Australia. In the US, Amazon is an authorised distributor for most camera brands and it appears that in Europe most camera stock is also sourced locally. Of course retailers using the Amazon Marketplace can sell either locally sourced ‘official’ stock, or grey market stock.

One local camera distributor told PhotoCounter they have yet to be approached by Amazon regarding supply, even though launch is reportedly just months away. Another responded: ‘At this point in time we do not have any information on the Amazon arrangements for the Australian market thus we have no comment to make.’

If Amazon doesn’t use the local distributor infrastructure, it remains to be seen how it will handle warranty issues. The default position in the US is to direct the customer to the manufacturer but given the Australian Consumer Laws, and local distributors warranty policies, that’s not going to work in Australia.

There is another alternative: Amazon Australia simply doesn’t offer cameras, etc, at launch, perhaps leaving it to Amazon Marketplace (Amazon’s eBay) resellers. The relatively recent change of policy to sell cameras from the Amazon US website argues for this possibility.

Amazon also operates another entity called AmazonGlobal which directly grey markets products from US to countries around the world including Australia.

Finally there is Amazon Warehouse Deals where it sells ‘used like new’ stock (open-box and used products) presumably comprised of returned stock.