One of the true gentlemen and pioneers of the Australian photo industry, Ronald Frank, died on December 23 after a relatively short hospitalisation. 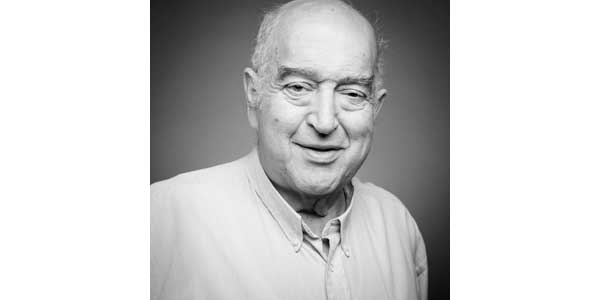 Ron was founder and governing director of Perth’s leading professional photographic outlet Camera Electronic. He retired in 2008, handing the reins to his two sons, Saul and Howard, but maintained a keen interest in the industry and the business. He still came into the store to help out behind the counter on weekends until quite recently.

PhotoCounter and our readers have benefited from his occasional, always insightful comments on major industry issues, in which he consistently emphasised the ‘old school’ values of loyalty, honesty and fairness to staff, customers and suppliers. We will sorely miss his contributions and his wisdom.

On supporting local retailing in the context of offshore-online retailers he wrote: Yes it is more expensive to buy in the country that you live in, and work in and that is a fact.. Do we want a shambles as the USA has or do we protect our commercial environment? It is more expensive to live in Australia but we enjoy a happier life style.

On staff: Train your people in product, ethics, manners, and with decent pay and incentives that ensure their loyalty.

He was a great supporter of PhotoCounter and whenever we met at industry events, or via the occasional phone call, he was always encouraging. His positivity was infectious.

Today we lost one of Perth’s ‘fathers’ of photography.

Ron Frank established Camera Electronic Service Company Pty Ltd (CESCO) from his home in 1968 and by 1971 had gained a respected and recognised reputation for quality and knowledge within the photographic arena.

As a result of increased demand and growth, Ron opened his first retail store in Angove Street, in North Perth. Seventeen years of tremendous expansion led to a second move in 1988, this time to larger premises in Fitzgerald Street. The escalating success of this by now established Perth icon, created a need for a custom designed showroom and spacious workshops. Once again, a move was planned and in 1996, 230 Stirling Street became the official and still current home for Perth’s expert photographic team.

Over the past 45 years Camera Electronic has risen to become one of Australia’s premier industry leaders in imaging. This is reflected in their reputation, exceptional service and recorded excellence. Their universal recognition is the result of strict quality control, insightful management, a consistent and cutting-edge knowledge of the market, and above all, qualified and dedicated staff.

In 2008, Ron Frank retired from Camera Electronic Sales and Service and handed the running of the business over to his two sons, Saul and Howard. Since then, they have implemented new product lines, a second store, a training school www.shootworkshops.com.au, a recently expanded and improved web presence, and taken the company to new heights to be a leading Australian photographic retailer, with premium photographic equipment and knowledge.

Ron’s legacy will continue to live on at Camera Electronic and in the names of his wife Valerie of almost 45 years, two sons Saul and Howard and their wives Farrah, and Christina, and his five loving grandchildren.
– Mark Wagenaar

And from the other side of the counter, Dick Stein:

I have been advised of the passing of a friend – Ronald Frank. It is a sad thing to learn, as it marks the end of an era for the Camera Electronic firm, for the Western Australian photographic industry, and for me personally. I cannot speak for the company or the industry but I can record my own thoughts.

I met Ron Frank in the Angove Street shop back in the 1970s. He seemed to be a fountain of both salesmanship and innovative thought. I was interested in photography and the fact that one could have a straight-out discussion with someone who was extremely knowledgeable drew me back there again and again. I met his sons and his wife on these shop visits but did not know that I would see them many times in future years.

Well, he advanced, the firm advanced, and he set up the shop again in Fitzgerald Street. And I became an even bigger customer. I wanted to expand my photographic ventures into medium and large format and Ron knew exactly what would be needed to do this. Thank goodness he set me on the right pathway – I purchased gear from him, upon his recommendation, that proved to be durable and appropriate. Whatever success I had in those film days was due in a large part to his advice. He even got me going with colour processing.

Business is a two-way street. I was a dentist in those days and Ron did me the honour to put himself in my hands on a professional basis. He was a good patient and I was glad to see him come in the door. As he was a technical man himself, it was possible to explain what the treatment procedures were in comprehensive terms and we agreed on things. I think he liked to be kept abreast of the thing in an honest fashion.

Over the years in the surgery we had more discussions about large-format photography than we did about the dentistry, and I must say I welcomed that very much as a relief from pressure. One day he said jokingly that if I ever wanted to quit filling teeth I should ring him up for a job… little suspecting that I was listening…

Well that day arrived…and I did write to him for a job. Bless him, he realised that I was, for once, serious, and recommended to Saul and Howard that they take me on for a trial period. That trial period extended to about seven and a half years and I will find out any day now whether I was successful…

Okay – apart from that joke, Ron supported me and encouraged me in my employment all the way through. He was kind enough to read this weblog column and not snort about it. He was the Governing Director but not above being a good salesman in the shop when he visited and frequently thought of ideas that I overlooked – to the benefit of the shop and the customer. That’s a good professional.

I have thought kindly of him and admired him for years and will continue to do so in memory. I hope that his wife and boys, daughters-in-law, and grandchildren will be comforted to see that so many of us do.
– ‘Uncle’ Dick Stein