Who are your besties now?

(EDITORIAL, Jan 22): An observation made by a couple of the retailers we spoke to about 2016 prospects is that there is a shift back to photo specialists from the CE channel. For a while there it seemed that the specialist channel was becoming increasingly irrelevant to some of the camera and accessory suppliers as they bent over backwards to secure some shelf space in chains like Harvey, JBs – and Dick Smith. 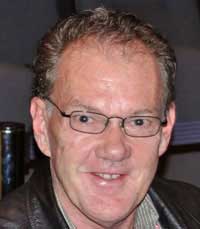 Canon predicts that only 15 percent of its sales will come from digital compacts next year. Maybe it’s time for it to re-assess who its BFFs really should be. The market starts at hobbyists and ends at professionals – specialist territory.

You have only to look at the differing fates of Sony and Samsung to see how central the specialist channel is to success in the camera market: Both companies are from a consumer electronics background. Both were making a move into the enthusiast segment of the camera market in 2015 – foreign territory. Both had leading edge camera technology to talk to them about – Samsung with its superb NX1 and NX500 and Sony with its equally impressive Alpha mirrorless range and premium RX compacts.

Samsung seems to have adopted an arrogant ‘we’ve built it, the reviews are great – they’ll come’ attitude, neglecting to take into account the influence of specialist staff on buying decisions. Sony had product specialists knocking on camera store doors wanting to show managers and staff just how good its camera were. A year down the track Samsung has failed abysmally, while Sony has Canon and Nikon looking over their shoulders.

Camera suppliers who support photo specialist stores and accept they ultimately own the relationship with the customer have a better chance of winning than those that treat them with disdain, put them at the end of the supply queue, or attempt to ‘dis-intermediate’ them. As a reader comments on Samsung:  ‘If a new player wants our trust, they have to prove that they’re worthy of it. Making good hardware is only step one.’
– Keith Shipton

Paul Lelliot, Shepparton Camera House, responded to the above, which was written as a newsletter editorial, with the following cogent observations about dealing with Samsung. To my perception of corporate arrogance he has added ignorance of the market. (I was particularly taken with the notion that Samsung staff believe that Samsung is a more relevant brand in camera lenses than Schneider. Says it all, really.)

To support your editorial re the apparent arrogance of Samsung I submit three case histories:

1. With the release of the K Zoom Samsung phone I suggested at the time that it would be
a worthwhile strategy to supply staff members from within the specialty group with phones at a discounted rate to strengthen the brand in store. The hook being staff would enthusiastically promote the brand in store and it would complement the Wi-Fi benefits of the Samsung digital camera range. After many emails over the course of 3 months and many promises to look at the concept it became apparent that Samsung were not able to come up with a marketing solution. No official feed back from them. Arrogant?
2. As we all know Samsung had a lens manufacturing agreement with Schneider for many years and the badge was proudly displayed on the front lens rings, bodies and packaging. The famous name had some historical relevance in the field of quality optics for the same reasons that Panasonic and Sony attach value to Leica and Carl Ziess. From 2014 onwards the Schneider brand disappeared from all Samsung digital cameras. I asked the question ‘why’. The answer was amazing: ‘We bought the Schneider naming rights and then chose not to use it. The Samsung brand is more relevant than Schneider”. Dumb?
3. Over recent years the leading brands like Canon , Nikon and to a lesser degree Sony enjoyed volume sales in the camera/lens kit market with the introduction of cameras kits offering multiple lenses. Samsung were keen to get a foothold in this profitable category and targeted specialty stores with a range of mirrorless offerings. The question was put ‘you will need to come up with some competitive camera packages’. The answer came back, ‘Samsung doesn’t think kits are the way to go’. Ignorant?

Keith , I’m sure others have similar stories and if ever collated would give an insight into where Samsung went wrong…