The latest camera data from CIPA (Jan-Mar) show an unprecedented spike in the mirrorless interchangeable category, pushing interchangeable lens camera shipments back to March, 2014 levels, with an increase in average selling price as well. 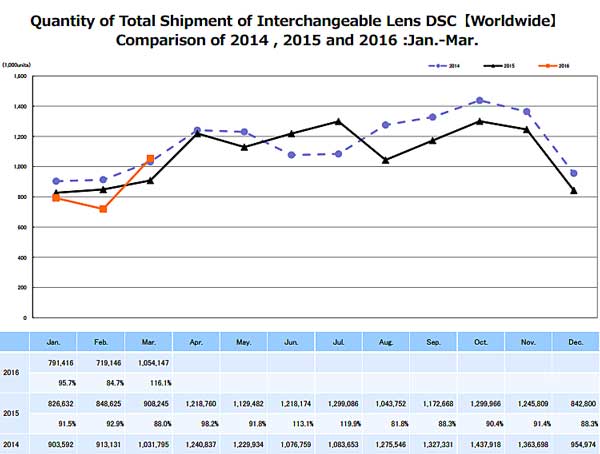 Most growth is in mirrorless interchangeables. Compact camera shipments continue to plummet – for Jan-Mar they are just 70 percent the level of Jan-Mar, 2015. DSLRs are also in slight decline, with shipments at 95 percent Jan-Mar 2015 levels in unit terms – and just 81.5 percent in value terms.

But when mirrorless interchangeable cameras are looked at as a separate category, they are up 14 percent in units and a massive 44 percent in value for the quarter. For the month of March specifically, both DSLRs and Mirrorless are well over 2015 levels, but once again the stand-out performance is mirrorless cameras, which are 45 percent up in value terms compared to 2015.

Lens shipments are also up for March, by just over 3 percent, although they lag the  Jan-March 2015 quarter in both unit and value terms. 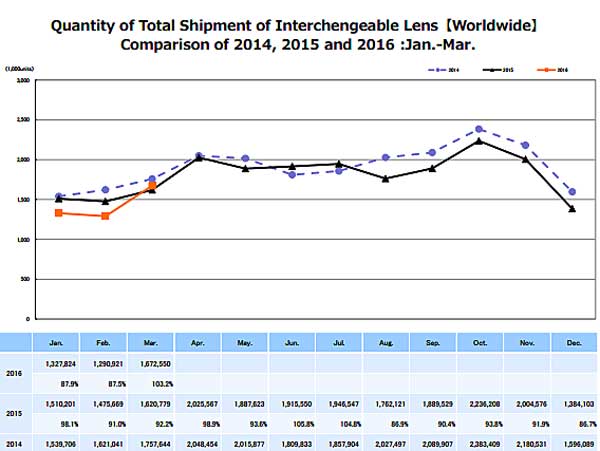