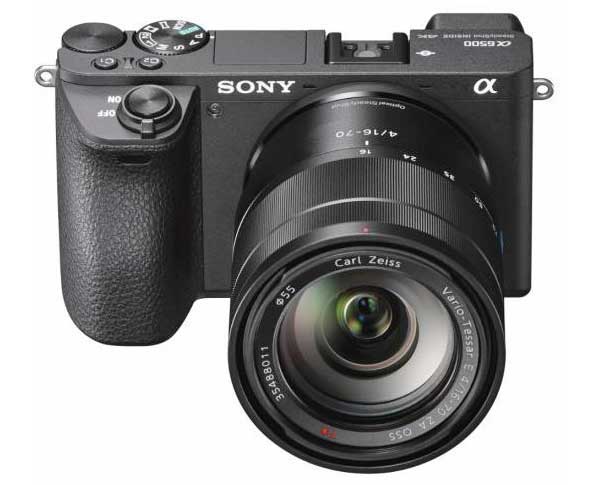 Sony claims the α6500 shares the fastest AF in the world with the α6300, which can lock focus on a subject in as little as 0.05 seconds. It has the world’s highest number of AF points on an interchangeable lens camera – 425 – positioned over nearly the entire image area.

The α6500 can shoot at up to 11 frames per second with continuous autofocus and exposure tracking, and up to 8 frames per second in a live-view shooting mode. It can shoot at these speeds for up to 307 frames. A new front-end LSI chip has been added to the camera that serves to enhance both still and video image quality.

No local pricing supplied but US price is US$1400 body only – so maybe an RRP of around $2000 in Australia. A graphite grey model will be available prior to Christmas.

The press release is incredibly dense (5 pages and 10 footnotes – editing this stuff is very much a thankless task!), so if you want more detail, here is the full text: Sony A6500