GoPro strives to right the wrongs
GoPro has acquired two video editing start-up businesses, Stupeflix and Vemory, in an attempt to improve GoPro’s flakey camera editing software – a major criticism the company has copped from the get-go.

The two start-ups, which GoPro reportedly blew US$105 million on, respectively created the mobile apps ‘Replay’, and ‘Splice’, and employees from both businesses will jump ship.

Replay is an app that allows users to select video clips and stitch them together into a single film with music – a fairly desirable component of video editing.
Splice is a more complex video editing app.

The announcement comes just days after PhotoCounter reported the financial turbulence the action camera leader is experiencing, with sales slumping last quarter leading to a loss of around $50 million.

GoPro CEO Mark Woodman partly blamed the slow-down to poor ‘software solutions’, but will the US$105 million purchase be enough to pull GoPro out from the rut it has found itself in?

Leica and Huawei join forces
Leica, the Rolls Royce of 35mm camera brands, has announced a partnership with Huawei, a Chinese smartphone manufacturer that typically caters to those who need a quick, cheap replacement of their broken or lost phone until they can organise something better.

Both brands are tight-lipped about what plans are in store with this partnership, with no indication that Leica will lend it’s camera and lens expertise to develop a Huawei mobile phone. Research and development, design, co-engineering, user experience, and marketing and retail distribution will be involved in the alliance, the press release states.

‘The technology partnership with Huawei offers Leica Camera an excellent opportunity to introduce its proven optical expertise into a new product segment,’ Oliver Kaltner, CEO of Leica, said. ‘Smartphones make a very important contribution to the world of photography and open an important door for Leica to new target groups and fields of application.’

Leica provided Panasonic the lens in the Lumix CM1 smartphone, which was released as a standalone ‘smart’ camera this year in Japan.

Despite Huawei offering a cheap alternative to the Samsungs and the iPhones, it has been climbing the ranks lately, selling over 100 million smartphones last year and working with Google on the Nexus 6P smartphone.

DJI shoots 4k with new Phantom
DJI has launched the Phantom 4, a consumer quadcopter with an in-built 12-megapixel camera with an f2.8 lens which can shoot Raw and record UHD 4k video at 30p.

The latest drone from the leading manufacturer can stay in flight for up to 28 minutes and also has automatic obstacle avoidance. DJI says that if the drone detects and object it will attempt to navigate around it or stop and hover in place if it cannot find a way.

‘With the Phantom 4, we are entering an era where even beginners can fly with confidence, Frank Wang, CEO of DJI said. ‘People have dreamed about one day having a drone collaborate creatively with them. That day has arrived.’

In the US the drone is priced at US$1399 and available toward the end of March. 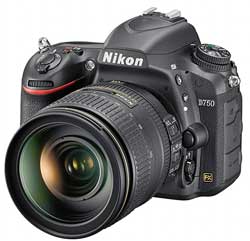 Nikon D750 shutter issue expands
Nikon has issued a Service Advisory announcing that, following on from an earlier addressed D750 shutter issue, more units than initially expected are affected with the problem.

‘…Some Nikon D750 digital SLR cameras… [do] not function normally, sometimes resulting in shading of a portion of images,’ the Nikon Service Advisory says.
Any D750 manufactured between October 2014 and June 2015 are eligible for a free inspection and repair.

Nikon originally said in June 2015 that the problem occurred in D750 cameras manufactured between October and November, 2014.

D750 owners can visit the Nikon Service Advisory page where there’s a serial number verification which will determine if the camera may be subject to the shutter issue.

Benro to Maxxum
Melbourne-based distributor Maxxum has acquired a new agency in Benro tripods from China.

‘Benro has some very exciting features with many photo tripods converting to monopods, Tripods come with bags and many of the video tripods have both rubber and spiked feet,’ the Maxxum press release stated.

‘Benro is the number 1 selling tripod in China, and is quickly building a reputation through Europe and USA markets.’

First shipments are due towards the end of March.