The Samyang Five
Korean lens manufacturer Samyang has announced in the US that it intends to launch five new lenses in five weeks starting this week and running into August.

Samyang makes inexpensive, mainly manual focus lenses for still and movie photographers. Based on reviews, optical quality represents good value for money. Samyang has a fairly low profile in Australia among potential customers and retailers, but will provide some great options in store once the word gets out that these lenses deliver good results.

First cab off the rank in the current round of releases is a ‘Xeen’ 135mm T2.2 cinema lens, which will be offered with interchangeable mount fittings for PL, Canon EF, Nikon F, Sony E and Micro Four Thirds bodies.

The camera can be used on the DJI’s Inspire 1, Matrice 100 or Matrice 600 drones, and comes with an upgraded gimbal. US retail price is US$899.

Hard drive for road warriors
The Western Digital My Passport Wireless Pro hard drive has built-in WiFi, an SD slot, and a USB connection, making it useful as an on-the-go backup solution for photographers shooting on-location.

This is a new take on a My Passport Wireless drive. The first, released in 2014,  had all the right connections, but it was too slow.

WD claims it can run for up to 10 hours of continuous use or 6 to 8 hours of ‘hard use.’ The battery can actually be used to charge other devices.

You can even use the battery in reverse to charge other devices:

The 2TB version has a local street price of around $300. There is also a 3TB version.

Best conference over, largest to come
You may have missed photo retailing‘s best annual event (IPIC 2016), but Photoplus, North America’s largest photography conference and expo is on in October ( Oct19-22) at the Jacob K. Javits Center in New York City. 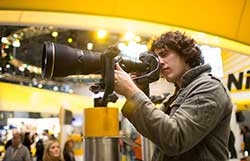 There are over 100 conference Seminars, Intensives, Photo Walks, and Master Classes; the Photography Resource Center; and the WPPI wedding/portrait photographers pavilion.

Over 200 exhibitors from the industry’s top brands will feature the latest products, previews, and more. Early-bird pricing is currently on offer: photoplusexpo.com. 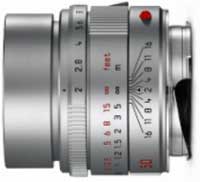 Leica Australia has announced July availability of the $10,400 Leica APO-Summicron-M 50 mm f/2 ASPH in a silver anodized version, for those to whom basic black simply doesn’t appeal.

A total of eight lens elements are used, three made from glass types with that all-essential anomalous partial dispersion to apochromatic correction. Two of the others have a high refractive index. The other three are quite good.