The niche markets of telescopes and binoculars aren’t supported by all photo specialists, but according to Twin City Camera House (which also trades as Adelaide Optical Centre) the lack of competition from box movers means it’s a less cut-throat business than selling camera hardware, with margins consequently a little more generous.

All that’s needed is some display space, a little specialised product knowledge, and a good dollop of passion (in the case of telescopes particularly), according to Twin City Camera House manager and owner Ron Pinksterboer (pictured right).

He said The Good Guys and Harvey Normans don’t really bother to compete with specialty in these categories.

Ron allocates around one-quarter of his 80square metre store to telescopes and binoculars, with six cabinets for his binocular range, and 10 telescopes on the floor. There’s also a fair bit of storage space above the shop occupied by extra inventory. He also stocks sporting scopes (which are mounted to camera tripods) for activities like bird watching and whale watching.

He said that while telescopes were a seasonal market, with a lot of activity close to Christmas and of course major astronomical events, binoculars sell steadily through the year.

He said it was wise to avoid the cheap-and-nasties in both categories, as they simply created disappointed customers.

‘We don’t sell the bottom-of-the range $120 telescopes because kids can’t see anything through them and the tripods tend to be wobbly. So they are put aside after Christmas Day and forgotten about.’

A trap for the inexperienced, he said, was stocking cheap but high powered models. While the telescope will have the stated magnifying power, resolution ‘can be absolutely atrocious’. At the lower end of the market, it was a sales challenge to steer customers towards smaller magnification telescopes which delivered higher-quality images.

Ron has had a long-standing personal interest in telescopes and has been trained by leading US telescope manufacturer Meade. He said success in the category hinged on having staff who are knowledgeable and can create some enthusiasm. ‘Generate a sense of wonder about what’s out there,’ as he put it.

Binoculars have their own challenges. ‘Binoculars look pretty much the same on the outside. You need to stock a broad range, and be able to convey why one is better than the other by explaining coma, edge-to-edge sharpness, the quality of coatings and the like.’ 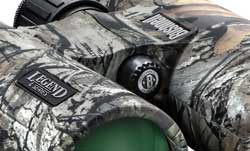 He said that with knowledgeable staff, they are a good candidate for up-selling, while respecting that customers will have a budget they are working to.

‘Some staff can find the selling of binoculars overwhelming. However, as long as you give the consumer enough information to be confident when they go to use the product, a sale can be made. Best way is to pick five key points, even if it means reading off a sell sheet,’ he said.

‘As there are so many different models and variants, it is best for retailers to have a three- tier price point that shows the different examples. This way customers get a tangible shopping experience and are more likely to make decisions on the spot,’ he said.

Matt said the most popular binocular models are 8x42mm, and 10x42mm. Within this section of the market there is a broad range of price points and quality, so there will be a model for almost every need. Roof prism binoculars are the most popular, due to their compact size.

In telescopes, the sweet spot is the $200-800 range, according to Matt: ‘Goto’ (which can automatically point to astronomical objects that the user selects) and Dobsonian telescopes are great for people getting into the hobby and even for the more advanced astronomer. He said it’s easy to demonstrate the difference between the GoTo and cheaper refractor and reflector telescopes to customers.

Both Ron and Matt noted that although they are both mature categories, there have been a lot of advances in telescopes particularly over the last few years.

‘In the last 5 years we have seen the introduction of Goto/GPS telescopes,’ said Matt. ‘And in recent times the introduction of controlling telescopes via Wifi/Bluetooth. This has reduced the learning curve to be able to view same astronomical objects that before wouldn’t have taken many years of study.’

Ron explained that for $500-600 you could buy a telescope with a 40,000 object database of the sky. These can be used to set the position, the time and the date and they will find the object the user is looking for. Alternatively, they can identify a celestial object the user has found themselves.

While binoculars don’t offer the retailer a great deal in accessory sales, telescopes have a much larger range of accessories – much like buying a DSLR and then having many lens options. 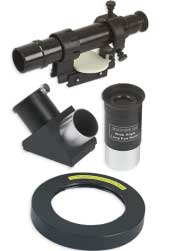 ‘Each accessory will change the user’s astronomy experience to either better suit what they are intent on viewing, or make their life easier because the set up time is greatly reduced,’ said Matt. They are consequently relatively easy to sell.

And those all-important margins we referred to at the start of this feature? Between 30 and 50 percent, according to Matt.