Photokina, the mother of all photo trade shows, concluded on Sunday with an increase in visitor attendance, but a drop in exhibitor participation compared with 2014. 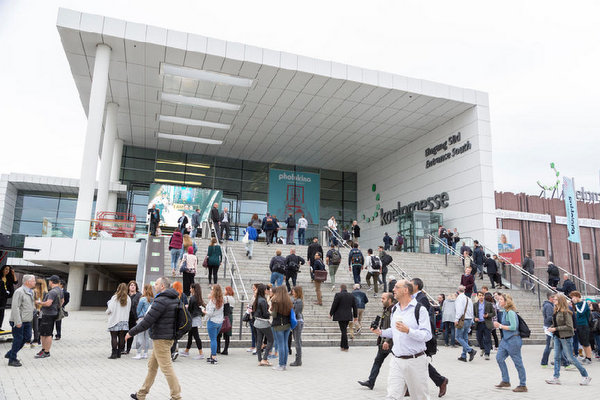 Over five days 191,000 visitors entered the Koelnmesse exhibition centre in Cologne, Germany – 8000 more than 2014 – to handle the latest gear shown at some 983 exhibitor stands.

This year the organisers pushed the boundaries to include VR and augmented reality, drones and video in the exhibition mix.

While 983 is a drop from the 1074 exhibitors in attendance at Photokina 2014, the organisers expressed satisfaction with the results, and were particularly pleased at the younger faces in the crowd.

‘With the new concept we wanted to, in addition to our core target groups, inspire even more interest on the part of young people with the themes of photography, video and imaging at a deeper level,’ said Katharina C Hamma, chief operating officer of Koelnmesse. ‘With this in mind we have developed Photokina away from being purely a product show toward having the character of a multi-media event, in which the focus is on image communication. We could clearly sense over the past days that this idea met with a great response from both visitors and exhibitors.’

The new concept Hamma is referring to sits under the umbrella of ‘Imaging Unlimited’ – Photokina has extended into the full spectrum of imaging.

Visitors younger than 30 increased by a fifth, and 40 percent of private visitors (compared with trade visitors) said it was their first Photokina. 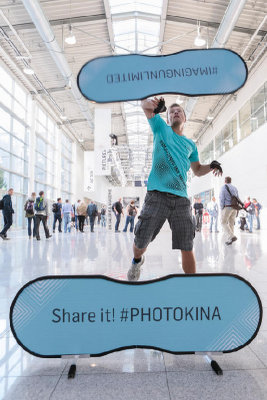 With a younger generation comes tweets and hashtags, of which there was 34,000 sent out into the ‘sphere, tagging the trade show accordingly.

The Photokina organisers wanted the show to boil down to what they say photography is all about: one decisive and unique moment, captured by pressing the shutter button (or phone screen).

And it seems they were successful in this mission, with 15,000 decisive moments uploaded to social media from Photokina, as well as 1500 videos shared online.

Interestingly, the Photokina executive wasn’t so effusive when commenting on exhibitor satisfaction, merely noting following discussions with traders and industrial representatives that the industry ‘seems’ satisfied

Rainher Führes, chairman of the Photo Industry Association, said the event was a special experience for the global industry, which will measure a profit from the event. 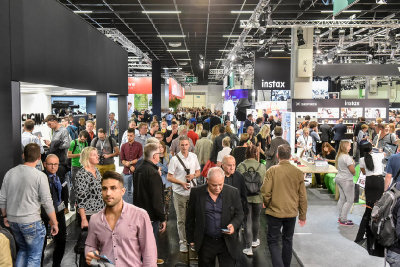 While virtual reality and augmented reality, 360 degree video and photo, and consumer drones represented ‘what’s next’ at Photokina, organisers noticed a boom of instant camera announcements which suggests consumers are going back to basics.

For instance Leica announced the Sofort instant camera; Polaroid released the Snap Touch, which captures instants and Full HD video on a 13-megapixel CMOS sensor; and Fujifilm unveiled a cringe-worthy limited edition Instax Mini 70, designed not by a photographer but New York fashion designer Michael Kors. It’s metallic and gold in appearance, and has Kors signature and brand logo. Or something.

Photokina may have opened the doors to a larger audience, but the serious photographers were still engaged with new gear. DPReview, a digital photography product website for consumers and prosumers (owned by Amazon), ran a Reader’s Poll asking what was the most exciting announcement at Photokina. Around 5000 reader’s responded saying they were most excited by the Fujifilm GFX 50S medium format, followed by the Olympus E-M1 II, Sony a99 II, Canon EOS M5, and Sigma 85mm F1.4 DG HSM Art lens.

Photokina closed its rosy final report poetically, noting that the love of the image is taking on new dimensions in all age and target groups. That’s surely a good thing – so long as we know what those ages and target groups want to buy!

The next Photokina will take place from Tuesday, 25 September to Sunday, 30 September 2018.