Here’s something from left field: We recently re-published an article from printing trade website ProPrint, about how Officeworks and Harvey Norman were cutting small print shops’ lunches. I was interested to note that it attracted a few comments – so obviously it resonated with some people in the photo industry. 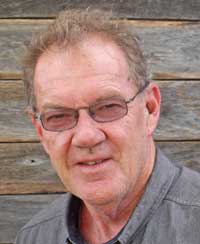 I’ve also been watching the convergence of activity between small print shops, pro studios and output-oriented photo retailers. Posters, enlargements, canvas, POS signage and gifts are all shared across both segments. Steuart Meers and Photo Direct were quick to spot the trend and have adapted their business accordingly. Photo Direct now numbers printers, graphic designers, photo studios and photo retailers in its customer base. Most ‘value added resellers’ have a mixed clientele these days. Leading prolab Nulab is now a regular winner in the Australian Printing Awards.

– That’s the first point. The second is that the photo industry doesn’t have an inclusive, industry association and it’s unlikely that one will emerge. Let’s face it, if PMA was going to do a Phoenix it would have happened by now. And if there was a groundswell of support – and the energy – for an alternative local group we probably would have formed it by now. And if IDEA had any ideas, they’ve been keeping them to themselves. AIPP is doing a great job for professionals, but it can’t cater for everyone.

SO, how about photo industry professionals who are heavily invested in printing equipment and output – from pro photographers to suburban labs – open discussions with the Printing Industries Association of Australia (PIAA) with a view to forming a photo printing division? The PIAA has trade exhibitions and conferences – PacPrint and Printex – which could be extended to create a platform for the photo industry to get together. The administrative infrastructure is established. It might not be ideal, but what’s that saying about not letting the perfect be the enemy of the good?

Just a thought…What do you think?

UPDATE: Some preliminary, unsolicited feedback from the PIAA indicates enthusiasm for the idea of a ‘sectoral group within PIAA’ for the photo print sector.