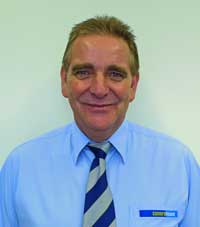 The background to this abrupt change is not clear at this stage. Paul Shearer, 62 (pictured right), has been at the helm of Camera House for 16 years, having previously held a finance executive role with Fujifilm.

PhotoCounter understands the decision was instigated by the Camera House/Raleru board rather than Paul Shearer himself.

Yesterday (April 5) we advised that Paul Shearer is no longer employed by Raleru Limited trading as Camera House, Australia. Today (April 6) we can provide more information for you and advise of the plan to look after our company in the immediate short term and then onto the longer term.

Paul has been employed by Raleru for over 16 years. In that time, I have known Paul as a generous friend, a compassionate team leader, an honest and diligent worker and a manager who always strived for company growth every year, and a profit to distribute to our shareholders.

We thank Paul for his contribution to our company and wish him well for the future. Our company’s financial position is very strong, as reported recently at the Camera House Half Yearly Meeting.

We will now proceed to recruit a new general manager.

In the short term, today we have appointed Andrew Cassidy as interim General Manager. This appointment is the unanimous decision of the Board.

Andrew knows our company from both the inside as a senior employee, and the outside as a general manager of a company that was a supplier to Camera House. Andrew also has a wealth of experience and skill in managing both large and small organisations which makes him suited to assist in preparing for a stronger company. Andrew also has the skills to look at and support our own Member & Alliance businesses in conjunction with that ongoing growth.

Andrew understands the importance of the team at Raleru Head Office, and the enormous respect that the Board, Members and our trade partners have in our team.
Lance Miller
Chairman, Camera House – Raleru Ltd

Lance Miller said he was unable to discuss the reasons behind the sudden departure of Paul Shearer but responded to some other follow up questions from PhotoCounter:

‘The new general manager is expected to be sourced via a professional recruitment agency,’ he explained.

‘That doesn’t preclude any of our current very capable staff from applying, but a professional agency will ensure the position will be promoted to a wider employment pool.

‘It is a complex position so we don’t wish to exclude any potential in the market place.’

He said that Camera House members and other stakeholders won’t notice any change in operations in the short term, nor in ‘the interim stage’ but that over time ‘a new permanent GM will bring their own input.’

Until this week Andrew Cassidy has been a project consultant for Camera House, specifically managing the ProMaster range as well as having an involvement in testing the capability of what is on offer ‘in the print market space.’