The Prospectus for the current Kogan IPO, launched on June 17, significantly understates the risk shareholders will be exposed to via the pending elimination of GST-free sales. 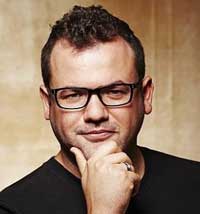 Kogan has been oversubscribed in seeking around $50 million for a minority public holding, mainly from institutional investors. CEO Ruslan Kogan and his CFO, David Shaffer, will pocket $15 million of this.

Two key features of the Kogan business model which have made it popular with consumers are the budget-priced private label lines, which offer brand-indifferent bargain-hunters high-spec products (eg, smartphones and TVs) for low cost; and cheap ‘third party branded products’, the majority of which are forwarded to Australian customers GST-free from an associated entity, Kogan HK. That’s the model under which the Kogan-owned Dick Smith Online now also operates.

The Kogan businesses are leveraging the current ‘Low Value Imports Threshold’ which allows individual Australian consumers to ‘privately’ import products GST-free up to a value of $1000. As Kogan and Dick Smith are Aussie businesses with ABNs and local bank accounts, they are effectively exploiting a loophole within a loophole.

Popular branded products are a big chunk of Kogan’s sales – around 50 percent according to the prospectus – and three-quarters of those sales are coming GST-free from overseas.

The third-party branded import business has already been hit by the fall in the value in the Australian dollar over the past couple of years. Kogan pays for these products in US dollars. As the Aussie dollar fell, they became relatively more expensive to purchase. But with a 10 percent GST holiday, there has still been wriggle room at Kogan to price, say, a Canon DSLR camera out of Hong Kong lower than the local RRP (incl GST) of competitors sourcing from Canon Australia.

But that business will be dead in 12 months! In the 2016-17 Budget, the Government confirmed the GST will be extended not only to ‘intangibles’ like downloaded software and music files, but to all imports of physical goods by consumers from July 1, next year. This news was met with great satisfaction from local retailers and suppliers. Except perhaps Kogan.

When it comes to the Risks section of the Kogan Prospectus, the elimination of the GST Low Value Threshold is covered in 2 pars out of a 200+ page document, and downplayed as a mere possibility.

Towards the end of the Risks chapter in the Kogan_Prospectus, at Item 5.2.29 it states: Changes in local indirect tax, such as the GST, and duty treatment of any of the markets in which Kogan.com operates, could have an impact on the sales of imported brands. Given that many of the products sold by Kogan.com are discretionary goods, and that the customers for such products tend to be price sensitive, the imposition of GST (or equivalent taxes) on the sale of imported goods at lower than current value thresholds in any of the jurisdictions in which Kogan.com operates could reduce the attractiveness of Kogan.com’s products and have a material adverse effect on Kogan.com’s financial condition and financial results.

In particular, investors in Kogan.com should be aware that the Federal Government of Australia has announced a proposal to reduce the GST‑free threshold on online purchases. Consumers currently do not pay GST on goods shipped from outside Australia which are worth less than $1000. If the threshold is reduced, any relevant sale by Kogan.com exceeding that threshold will attract GST. Such a proposal could reduce the demand for a portion of Kogan.com’s Third Party International Products (but not its Third Party Branded Domestic Products or Private Label Products, both of which may benefit from the proposed change) and could have a material adverse effect on Kogan.com’s financial and operational performance in the future.

– But the federal Government hasn’t merely ‘announced a proposal to reduce’ the GST-threshold on online purchases. Without any ‘ifs’ or ‘buts’, it’s in the 2016/17 Budget (specifically Budget Paper No 2 Part 1): ‘The GST will be extended to low value goods imported by consumers from 1 July, 2017. The measure is estimated to have a gain to GST revenue of $300.0 million over the forward estimates period…’

And that last clause should read: ‘WILL have a material adverse effect on Kogan.com’s financial and operational performance from July 1 next year.’ (- How could it not?)

The Kogan Prospectus should have addressed this change to the law front and centre, explaining exactly how the company was going to adapt its business model after GST-free sales were no longer part of the equation. Instead it has buried perhaps its only truly existential threat towards the end of a list of less likely risks, defining it as a mere possibility which might happen at some time in the future, rather than a reality which is going to hit the business hard in just 12 months time.

Kogan is not a hugely profitable business – it’s all about volume. It has sales of around $200 million and has been posting losses or bare profits in recent years. It’s hard to see how this change to the GST laws won’t have a material effect on its already mediocre performance.