Continuing our overview of the IPIC 2016 Fearless Reinvention conference (July 11-14) at the M Resort, Las Vegas.

On the first night of the conference, most of the attendees, including the dozen or so Australians who made it over for the week, were bussed into the Las Vegas ‘strip’ to take part in an ‘Instaxwalk’, sponsored by Fujifilm. (The conference venue, the M Resort, is about 20 minutes drive south of the city.)

Teams of three or four were given a Fujifilm Instax camera and two packs of film to collect 10 specific shots, with prizes awarded for first and best completions of the challenge. The notion was that this might be the kind of thing a retailer could run in their own neighbourhood.

Why us, Lord?
Just an aside here…Fujifilm is hugely supportive of specialist retailers and the IPI Network here in the US. Several senior executives were at the conference for much of the time and Fujifilm US director and general manager Bing Liem is held in great esteem – affection even – by Fujifilm US customers and the IPI board. The same could hardly be said by photo specialists about Fujifilm Australia’s long-standing senior executive.

Fujifilm UK management also flew over for part of the conference and several UK specialist retailer staff were rewarded with trips to the conference by Fujifilm UK for outstanding performance. In the UK the Fujifilm Digital Imaging Service group (remember Fuji Image Centres?) goes from strength to strength with Fujifilm support (remember support?).

The contrast between Fujifilm’s support of UK and US specialist retailers and the neglect of small customers in Australia is stark. Over there, Fujifilm seems to have the vision and capability to service more than one channel. The local Fujifilm ‘go-to-market’ strategy is clearly in considerable conflict to that in more enlightened parts of the Fujifilm world. Surely it’s time for a change.

Days Two and Three
Keynote speaker for the morning session was award-winning documentary maker Patrick Moreau, who spoke about the centrality of story-telling in effective communication – whether it is making a documentary or across the sales counter. It was one of the most engaging ‘big’ presentations of the week, interspersed with inspiring examples from Patrick’s humanitarian film-making.

As was the case each morning of the conference, IPI members who had implemented innovations or had some tips or successes to share played cameo roles sharing their achievements up on the stage and from the conference floor.

In the afternoon sessions, the conferencees were spoilt for choice, with up to 10 different topics in any given 1-hour timeslot.

So for instance on Tuesday, from 1-2pm, you could have attended either: Sublimation Secrets and Troubleshooting; Search Engine Optimisation; Making Better Prints (see separate story); Printing for Outdoors (latex and solvent printing); Emotional Storytelling; Making money from your website; Archiving; Mobile Workflow; or Passports.

Some sessions were repeated and most sessions have been videotaped. All 70-80 Camera House stores are members of the IPI Network (only three attended) and will be able to access these sessions in the next week or so. 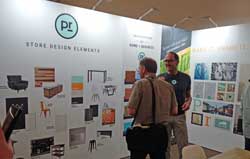 This was followed by a two-hour trade show (which continued the next day) in a large exhibition pavilion at the M Resort.

The next day the trade show continued, with the highlight IPI’s new Print Refinery retail concept, which is being offered to IPI members on a licensed basis – as opposed to a franchise.

In our next article on IPIC 2016 we will expand on this sophisticated new concept.