UPDATE, August 8: Gerry Gibbs Camera House director Murray Gibbs informed creditors on Friday that ‘we have a signed agreement with Shant Kradjian’, managing director of DigiDirect. As mentioned in the story below,  the store is re-opened. As from August 15 it will be trading as a DigiDirect store. Murray Gibbs added that the future is looking very bright.

August 5: Canon and Raleru are the two major creditors of Gerry Gibbs Camera House, according to a preliminary report following from a first meeting of creditors on July 26.

Canon’s exposure to Gerry Gibbs Camera House is $215K while Raleru comes second on the list with a claim of $172K. It would appear that Gerry Gibbs was sourcing Canon cameras direct, but other camera brands from Raleru, given companies like Nikon, Sony and Canon aren’t on the creditors list.

CR Kennedy also has significant claim, but then there is a sharp drop off, with the majority of the 34 listed unsecured creditors claiming hundreds or at most a few thousand dollars. It appears that Gerry Gibbs was managing to maintain good accounts with most of its suppliers.

In all, unsecured creditors are owed just under $700K according to the preliminary document. 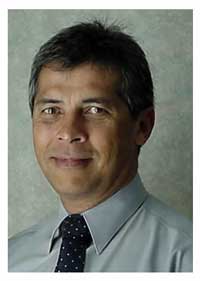 At the meeting Gerry Gibbs Camera House directors ‘explained the financial circumstances of the company and the fact that there was a potential buyer of the business, who would only purchase the business on condition that party could also acquire the premises.’

Several sources PhotoCounter has spoken to say that potential buyer is DigiDirect, and that it is indeed moving forward in negotiations to purchase the Gerry Gibbs Camera House property in Cecil Street, Cannington.  However this is not confirmed by DigiDirect.

Following consultations with their external accountant Gerry Gibbs contacted Mr Lopez on July 26 to advise that they ‘felt liquidation was the only viable option’.

‘The business has been running for many years and the onset of insolvency appears to have occurred quite rapidly, at least from the directors’ viewpoint,’ Mr Lopez is quoted as telling CE trade website, Appliance Retailer. ‘The good reputation, longevity and the size of the business is one that has resulted in its insolvency creating interest within the industry.’

‘At this stage, it is not certain as to the extent that secured creditor claims will be met and accordingly, the position of unsecured creditors is also uncertain,’ Mr Lopez said.

The administrators reopened the store on Monday August 1, with staff re-employed on a casual basis. The gerrygibbscamerawarehouse.com.au website is also back in action. The reopening is for a short period, to allow customers to pick up property and to finalise lay-bys. Customers who have fully paid for purchases or repairs should be able to collect their items. Retail sales will continue, but only for stock at hand.

A second meeting of creditors is scheduled for today, August 5.