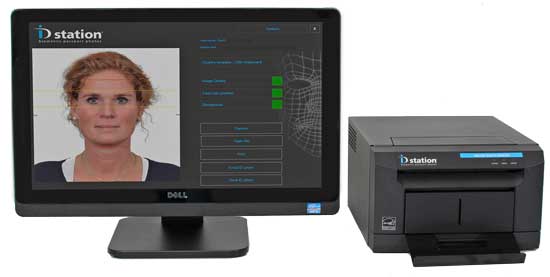 Working closely with government and standards bodies, ID Station created a ‘Biometrics Business in a Box’ system – which it says is the first ever package that provides everything required to take International Civil Aviation Organization-compliant passport photographs.

The latest ICAO standards for biometric passport photographs are both intricate and exacting, and have been adopted worldwide to boost passport security through system integration. The new ID Station package responds to the new era of high-level security with a simple software program that ensures each photograph meets the ISO/ICAO criteria. ID Station has been designed to be compatible with biometric border control Smartgate technologies to ensure complaint database enrolment images.

Brands Australia has also been working with the New Zealand Government to develop ID Station’s capabilities to conduct online renewals for NZ visa applications via direct capture integration. There are expectations that the Australian Government could also introduce direct capture for passport photos.

‘The ID Station system is ready and capable for implementation and is the only system on the market with direct capture capabilities with a national presence,’ said John Rule.

A picture is taken and transferred through WiFi to the system, and the operator is able to select from many print options and also create and modify print templates and customer logos. The photograph can be printed with just one click once it has been approved by the system. The ID photograph can also be saved to file, disc, DVD, USB stick, memory card or e-mailed and integrated to any Government or Corporate ID programs.

John Rule said ID Station has run direct capture integrations with the Canadian Visa / Passport Office for US Green Cards, as well as similar programs with Finland, Denmark and Germany.

‘We have been working with the National Sports Federation in Holland and Dutch Telcom to integrate into POS Systems,’ he added.

A new wireless camera controller (CamFi) has been integrated into ID Station software and workflow. This becomes the default wireless mode for ID Station.
The CamFi controller will easily connect within a 50m range and works with all Canon and Nikon DSLR cameras. It doesn’t require the internet or an existing WiFi network.

The controller will detect when a picture is taken and it will be transferred immediately to the ID Station tablet, ensuring a smooth and fast transfer every time an image is taken.