At the Camera House (Raleru Limited) AGM, David Stallard was elected chairman, replacing Lance Miller, who stepped down as a board director as well.

There was an election held for the two new directors. Lance Miller resigned as chairman prior to the AGM and the board voted David Stallard to the position.

‘The members and shareholders joined in welcoming both Adam and Ian to the Board as did the company, employees and suppliers,’ said Camera House general manager, Charles Davey. ‘I look forward to the energy and fresh thinking that Adam and Ian will bring to the company.’ 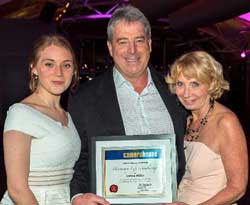