UPDATED WITH LOCAL PRICING, Jan 14: Panasonic has released details of two new ‘travel zoom’ cameras, one with a 1-inch sensor, and a new. weather-sealed 100-400mm f4.0-6.3 lens for G-series cameras. 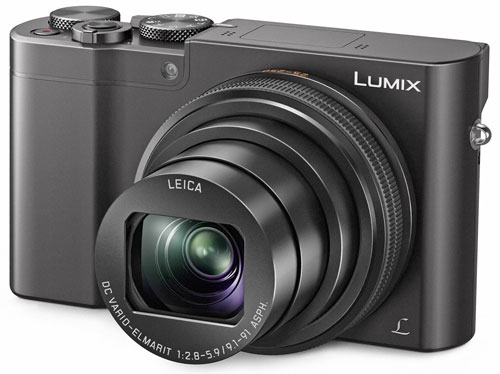 The ‘post-focus’ feature allows users to choose the focal point of any picture, even after it’s taken, a la Lytro. The TZ100 calculates the distance between the camera and the subject and captures in focus data for 49 individual planes within each frame. Users can manually select the area to focus on and from a single photo export multiple shots with different focal points.

The electronic viewfinder (EVF) features 1.16-million-dot resolution, as well as AF that automagically detects when you’re about to take a shot. The camera also offers extensive manual controls including P, A, S and M shooting modes. Five-axis optical stabilization and Level Shot functions are also included, along with face- and eye-tracking AF.

Continuous shooting is at up to 10 frames/second at full resolution (only five fps with AF). Full wireless control and remote photography is available via the Panasonic Image App.

The TZ110 will be available from March in Australia at an RRP of $999. 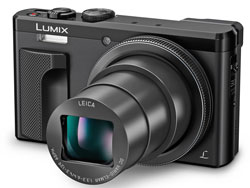 The Lumix TZ80 (aka TZ60 in some regions) camera features a smaller 1/2-3-inch MOS sensor with a resolution of 18 megapixels, and a 30x optical zoom (24-720mm) lens. It has the same high-res 1,16 million-dot EVF  Electronic View Finder, Wi-Fi and 4K video recording capability as the TZ100.

The TZ80 also comes with five-axis image stabilization and Contrast Auto Focus with the variable focal points feature. As with the TZ100, continuous shooting is supported at up to 10 frames/second at full resolution (five fps with AF).

Local availability in March. RRP is $599 (which is slightly under US MSRP of US$450 – impressive!) 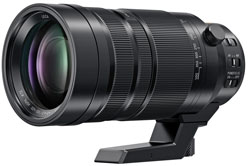 The optical design consists of 20 elements in 13 groups with a number of aspherical and extra low dispersion elements to assure best quality and minimise flare and ghosting. Nine diaphragm blades close to a circular aperture for appealing bokeh effects.

Autofocusing is driven by a fast and precise 240 fps AF-motor, which operates almost silently, making this lens ideal for recording video.

A compact, two-part tripod mount is included to enable faster conversion between landscape and portrait orientation. The levers for focus limiting, image stabilization and the manual focus switch remain accessible as they do not move when you turn the lens.

The new lens will be available in March at a world-beating local price of $2199. (US MSRP is US$1799 ($2530). (Is there opportunity here to turn the tables on the offshore online retailers in this globalised marketplace?)