Over the past five years (2011-2015), Canon Australia has had sales of around $3.5 billion, with total profits after tax of just $45 million – less than bank deposit rates of return! But almost $13 million of after-tax profits over those five years have actually been tax benefits from the ATO. Canon Australia has contributed income tax, rather than received a tax benefit, in only two of those five years; in 2013 it paid $561,000 on a profit of $4.1 million and in 2015 paid $1.9 million on the loss of $3.3 million, accruing franking credits in the process.

As we have noted previously, the issue of tax minimisation doesn’t just impact the Australian Treasury now that Canon competes as an online retailer of photographic goods. Canon also operates at a retail level in photo printing services via its PhotoPico business, where it competes against other photo services businesses. Sun Studios competes against professional resellers.

Being able to minimise tax payments delivers Canon’s retail businesses an added advantage beyond sourcing its products at landed cost, economies of scale and the harvesting of Canon authorised retailers’ customer contact details. Most competing businesses, many of which are ‘mum and dad’ operations, would not have the accountancy resources to minimise company tax below the Australian rate of 30 cents in the dollar. 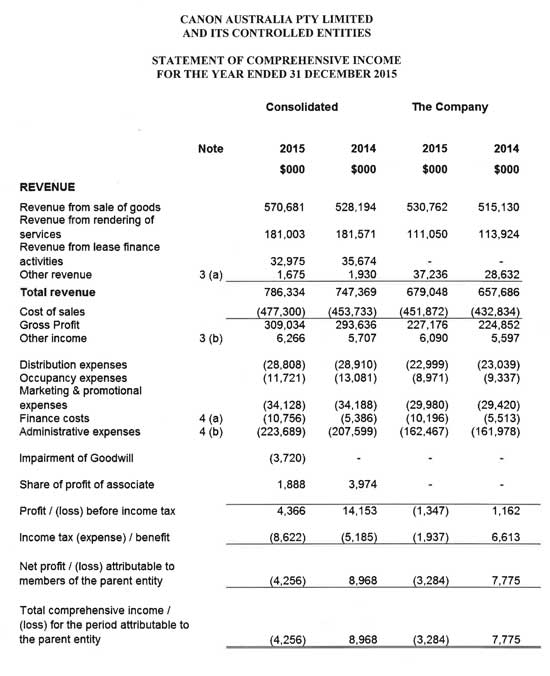