According to the ATO’s recently-released listing of large company tax payments, 2013-14-Corporate-Report-of-Entity-Tax-Information, and documents lodged with ASIC, Canon and Nikon were among the large multinational companies operating in Australia that paid no income tax in the 2013/14 financial year. 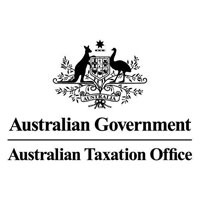 PhotoCounter has previously reported on Canon’s rather meagre contribution to the Commonwealth.

Over the four years from 2011 to 2014 (operating on a Jan-Dec financial year) Canon Australia had sales of around $2.8 billion, with profits after tax of just $48 million. But almost $13 million of after tax profits were actually tax benefits from the ATO. In other words, tax benefits account for over one in four dollars of Canon’s income between 2011 to 2014. Canon Australia has actually contributed income tax, rather than received a tax benefit, in only one of those four years; in 2014 it paid $561,000 on a profit of $4.1 million.

With most other camera suppliers pay close to the company tax rate of 30 cents in the dollar, they must view Canon’s tax arrangements as an unfair competitive advantage. The issue becomes relevant to (income tax-paying) photo retailers now that Canon competes as an online retailer of photographic goods. It also operates at a retail level in photo printing services via its PhotoPico business, where it competes against other photo services businesses. The Canon-owned Sun Studios competes against professional resellers.

…In comparison, Nikon’s tax position is not so egregious (always wanted to use that word!) as while the recent Corporate Report listing indicates no income tax was paid, its 2014 report to ASIC indicates it paid $853K in income tax on sales of $130 million and a profit before tax of $2.55 million.

In 2015 Nikon (and the ATO) fared better, with sales of $133 million, a profit before tax of $6.29 million and income tax of $2.36 million. And from a photo retailer’s point of view, Nikon is a far less aggressive retail competitor, with authorised resellers given priority over its online store on the Nikon website and in consumer communications.

A review of other photo industry companies listed, including Epson, Olympus, Panasonic, Samsung and Sony shows they were paying tax at around the Australian company tax rate.