Following on from the our recent story on the healthy market for film, we contacted a leading second hand camera retailer, The Camera Exchange, Melbourne, which confirmed that film camera sales had also taken off recently.

‘In the past 18 months there’s been a real uptick, particularly for 35mm manual focus cameras,’ said Ross from The Camera Exchange. He mentioned the Nikon FM2, FE2 and F3, the Olympus OM series, Canon FD, Minolta STM and X700.

The M3 and younger Leicas never lost their appeal into the digital era, and are even more popular now.

On the other hand, there is way less enthusiasm for autofocus film cameras. 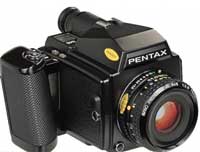 Demand for lenses from the film era has also picked up. Some buyers are using them with compatible digtial (‘lots of guys are happy to put them on new cameras’), some for their film cameras. Once again, they are discerning crew: Fast primes are where the action is and ‘zooms are a dime a dozen’.

With demand up, prices are as well. Ross said that a Canon FD 50mm f1.4 – a classic, but not compatible with Canon’s digital range – used to sell for around $95. ‘Now we can get $250 for it,’ he said. (‘Vintage’ lenses like the Canon FD 50mm have also been rediscovered – combined with an adaptor – among some professional videographers.)

The launch of the new full-frame Pentax K1 this week – compatible with a massive base of K-mount lenses from the film era – will only add to the interest in fast, high quality ‘legacy’ optics.

The trend towards analog photography has expanded out to an interest in darkrooms, as well, with The Camera Exchange also selling the occasional enlarger, ‘and I know Vanbar and Michaels are selling a lot of chemistry and paper.’

The supply side
On the supply side, the most active distributor in this thriving niche is Independent Photographic Supplies, which distributes Kodak consumer and professional film, along with the Agfa and Rollei brands.

‘There wouldn’t be a day we don’t ship out film to our customers,’ said managing director, Stuart Holmes. ‘We stock an enormous range – black and white film, colour print and slide films in consumer and professional ranges up to 4×5-inch, infrared, and Single Use Cameras!

‘We also have black and white home darkroom chemistry, and even E-6 CPAC chemistry too, which is the the only brand still available in convenient packs for today’s E-6 slide film shooter.

‘The E6 Rolliechrome is quite popular, and we also offer it in 120 format. In fact, a far as I know it’s the only 120 slide film anywhere in the world,’ he said.

‘Our approach is that If you make all those products available there’s no reason have to have a premature demise,’ he said, adding that there were good retail margins in film-based photography ‘because you are dealing with a completely different market in Gen Y people doing it for the first time. 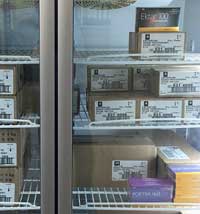 He said there were very few commercial photographers interested in film, but rather it was colleges, schools and enthusiasts which were driving demand.

‘In reality the issue for the film customer is not how much it costs, but can you get it.

‘It’s a little like vinyl records – they command incredible prices these days. But I think the music industry has handled the renewed interest in old technology a lot better than we have.’

He said demand for film products from IPS was definitely growing, but wasn’t sure how much of this was increased demand for end-users and how much was retailer customers coming back to the local suppliers ‘because it’s growing too expensive to grey market from B&H.’

‘We have more retailers in Camera House group buying film products, some photo independents and Kodak Express stores. It depends on the store owner whether they will support film or not,’ he said.

‘We have to make it easier to have stock available all the time to “built the habit”. So for instance with reliable supply, Fotofast in Brisbane now stocks B&W darkroom chemicals, offering the products online as well.

But for a wholesaler, there is a real balance between constantly having stock of low-demand products on hand, and basic inventory management. This is particularly so with date-limited film products.

‘- So we can’t have six months stock on hand – we are just getting in what we know we can sell. If someone is buying 20 rolls of Tri-X a month then, yes, you can keep it in stock – but with dating issues you have to be careful you are not bringing in unproductive inventory.’