With GoPro experiencing plunging sales and lay-offs, and closest rival iON filing for bankruptcy this month, it appears that there ain’t as much action in the action cam market these days. 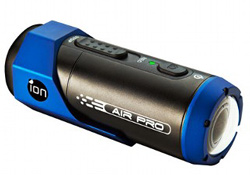 ION intends to continue as a going concern under bankruptcy protection, but its sales dipped from US$25 million to US$12.4 between 2014 and 2015, and the business is US$15 million in debt.

GoPro, with a massive market share dominance, started to falter when sales growth declined from a stellar 41 percent in 2014 to a merely to-die-for 16 percent in 2015, indicating inept management which has up until now been papered over by growing demand and 30 percent gross margins.

To make matters worse, the two rivals are fighting each other in the courts, with a costly patent infringement case directed at GoPro which is ‘likely years from producing any result,’ according to iON.

Another action cam brand, Contour, sued iON this year to attempt to get out of a licensing agreement, but has since reached an agreement which allows iON to continue selling Contour products.

The product development pipeline seems to have dried up at GoPro, with significant new products – its first drone and a new flagship Hero 5 – not slated for release until the very end of this year. In the meantime it announces odd additions to its accessory line such as this month’s Seeker backpack, for when you have five GoPros you need to transport from A to B. A steal at around $250.

Yet for $250 you can purchase a 4K action cam from new entrant Yi Technology (which seems to be associated with smartphone maker Xiaomi) with superior specs to the current top-of-the-line and twice-as-expensive Hero 4 Black, including six-axis stabilisation, an LCD screen and far superior battery life.

A recent article in share trading website The Motley Fool speculated whether this was the beginning of the end for GoPro or whether it could exploit smaller rival iON’s current financial difficulties by moving into markets like clip-on, home security, and dashboard cameras, which iON currently operates in. Or perhaps even buy its competitor.

While hedging bets somewhat (‘investors should carefully weigh both sides of the argument before deciding what iON’s bankruptcy actually means for GoPro’) Motley Fool concludes: ‘…iON’s bankruptcy suggests that demand for action cameras is waning and the market is overly saturated. Consumers wanting to buy action cameras likely already bought them, and those with cameras won’t upgrade their ‘good enough’ devices until they stop working. Meanwhile, many mainstream consumers still don’t see the point of buying action cameras when smartphones suffices for most situations.

And if word in the street is anything to go by (well, we know someone who knows someone who thinks they know what the word on the street might be) the GoPro fad – not necessarily demand for action cameras – is fading.