The new photo industry, the new PMA, and Australia

Have we ever seen PMA executives with the priceless combination of passion, intellect and energy displayed by Georgia McCabe and Scott Brownstein? 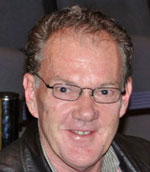 You might also add courage to that list of qualities. To stand up and tell a group of photo retailers and traditional suppliers that their industry was on the verge of being taken over by Google and Amazon must have been as bracing for the messenger as it was for the audience.

If this thesis is true, then there is indeed an urgent need for ‘the industry’ to get closer to these corporations. Our market-leading companies like Fujifilm and Canon have totally failed to get out of their silos and engage with the ‘new’ photo industry. Perhaps an industry association headed up by individuals with credibility and contacts in the broader IT world is exactly what we need right now to regain relevance.

But it remains to be seen whether new members join, and old members re-join, in sufficient numbers to give PMA the operating revenue to do what it wants to do.

Photo specialists have made up the largest grouping of members in the past. Some will continue on, but I fear quite a few will not. The picture framers, who were another significant grouping, are already gone.

With the change of direction, perhaps more should be asked by PMA of the Fujifilms and Epsons and Kodaks, as PMA will be lobbying on their behalf as much as it will for its traditional retailer membership base.

An adverse exchange rate, an increase in fees and the closure of the PMA Australia office argue against local membership. But as Georgia noted on Friday, whether we in Australia join in huge numbers or don’t bother, we will neither make nor break PMA. With over 10 times as many members in the US, this is where the fate of the new PMA will be decided.

So where does this leave us? The PhotoCounter readers poll is running at 75 percent in favour of a retailer-based industry association for Australia and New Zealand. Around 50 people took the trouble to attend the meeting last Friday to discuss an industry association.

The meeting concluded by deciding to run a modest conference next year, so after a short break in transmission, it seems like we are heading in a positive direction again.

Let’s hope that the event is under the PMA banner, and looking at the bigger picture, the roles Georgia and Scott are allowed to play in helping shape our industry are of sufficient weight and length for them to really make a difference.