Two recent smartphone announcements warrant mention this week – one because it heralded interesting camera technology and the other because it came from Apple. 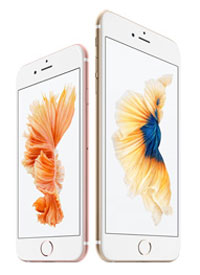 The Apple iPhone 6s and iPhone 6s Plus feature Retina HD displays and ‘a transformative new approach to photography called Live Photos, bringing still images to life by capturing a moment in motion.’

– But how, you might ask? Well, according to Apple, ‘Live Photos are beautiful 12-megapixel photos that, with just a press, reveal the moments immediately before and after the shot was taken, so you can enjoy a living memory rather than an instant frozen in time.’ And who would want a chilly old frozen moment when a living memory is on offer?

The cameras in the new iPhones have been upgraded to:
– a new 12-megapixel sensor for ‘truer colours and sharper, more detailed photos’;
– a new 5-megapixel FaceTime HD camera and Retina Flash, ‘which momentarily makes the display three times brighter…for wonderfully bright selfies in low light.’

The Apple press release states the new smartphones have ‘support for 4K’, and image stabilisation has been extended to video capture.

Apple continues to ask relatively more for relatively fewer innovations than its competitors in each new iPhone iteration. These new models are each well over $1000, with the top-of-the line 128GB iPhone 6s Plus at $1529.  Available from September 25. 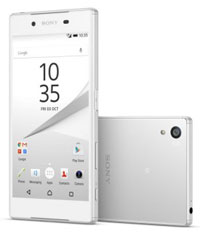 Sony announced considerably more specced-up cameras in its Xperia Z5 range – the Xperia Z5, Xperia Z5 Compact, and Xperia Z5 Premium. They are basically the same camera inside, with three different screen sizes. However, the Premium model distinguishes itself by having not only 4K video capability, but the first 4K screen in a smartphone as well.

The Z5s have a 1/2.3-inch Exmor RS backside-illuminated 23-megapixel sensor with a six-element 24mm, f2 lens.

Sony claims the Z5s can focus in .03 seconds (much faster than other smartphones), can (digitally) zoom up to 5x and, thanks largely to the advanced Sony sensor, perform well in low light. They also come equipped with LED flash

The front camera boasts a 5-megapixels sensor. Available from October, the new Sonys don’t have a local RRP yet, but once again, there will be little or no change out of $1000.