BUDGET 2015: Something for small business, but little vision 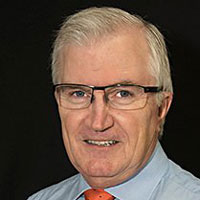 This week’s Budget news that services downloaded from overseas entities will ‘soon’ be subject to GST, is a token ‘low hanging fruit’ move that does nothing to level the playing field in taxation of goods supplied to consumers worth less than $1000. The new GST digital services impost only comes mid-2017! In the meantime, for any move on GST-free product imports, we must await an OECD working group report, which, says the Financial Review, ‘is also in the process of developing guidelines for the taxation of cross-border supplies of goods and services.’

The government has flunked the necessary closing of the GST loophole because it sees this as an unpopular move with electors. The Budget is designed to please as many voters as possible and make the government as small a target as it can.

We have the ridiculous prospect that a physical book imported from overseas, incurring freight costs and with an adverse environmental impact, will continue for now to come in tax-free, but the efficient, low-cost, environmentally positive electronic download will, from 2017, be subject to a ‘voluntary’ tax at source.

The charging of GST on goods under $1000 supplied from overseas has once again been deferred. This, despite Productivity Commission conclusions three years ago that the current system produces a distorted playing field and loses Treasury up to $1 billion in revenue. For a government allowing the deficit to exceed $45 billion again, this is simply irresponsible and playing cheap politics. Government means leading and taking tough decisions, even if they are not immediately popular. Fail!

The three major changes affecting photo industry businesses relate to the taxation rate for businesses turning over less than $2 million, abolition of fringe benefits on phones and computers and immediate asset write-off on items valued below $20,000 per item. And if you are a sole trader and unincorporated there is an alternative benefit of a 5 percent tax discount, limited to $1000 a year.

The company tax rate reduces from 30 percent to 28.5 percent from July this year for businesses doing $2 million a year or less. The reality for a business doing $1.5 million in sales with, say, a 5 percent pre-tax profit after all expenses, is this will mean a princely $675 reduction in tax. Most smaller photo businesses have not seen a 5 percent pre-tax profit in some years!

The second change, the abolition of Fringe Benefits Tax on a company-supplied mobile phone, laptop computer or tablet used for business, will reduce administrative workload, and finally recognises that such tools are part and parcel of all modern business. It will save up to $1500 for a business with, say, five employees receiving these tools.

The third change, deductibility of capital expenditures on items under $20000 per item, will have greater impact, especially for those businesses investing in new on-site print technologies, camera equipment, and replacement computers. But you’ll have to have the cash flow in the first place to afford such expenditures and wait until your next tax return goes in to get the deduction. But by then, the business should have had some benefit from the income generated by such investments.

The Arts sees the government switching some funds allocated to The Australia Council for Festivals, in a reduction of $13 million over five years. Performing Arts funding for the major 29 companies currently funded sees no reduction. In an effort to shore up private sector support, Arts Minister George Brandis gets a further $104 million over four years to increase the government’s national efforts on private-public collaboration in arts funding. Potentially that may help galleries and photo artists indirectly.

The Budget claims it will have a fair impact across society. The reality is there is still a massive deficit, and it’s still depending on PAYE taxpayer bracket creep to gradually haul it out of deficit. If you are a retiree or about to become one, with between $400,000 and $800,000 in assets beyond your family home, you will be caught in a major ‘unintended consequences’ vice, significantly reducing your access to the aged pension by up to $13,000 a year. It’s little comfort that Treasurer Joe Hockey claims he will start taxing major multinationals avoiding their fair share.

Sadly the 2015-16 Budget will likely go down as one that failed to deal with the core imbalances, and one without any significant contribution to a better long-term vision for Australia.