Sony HQ has announced it will transform its successful image sensor business into a standalone company, which will trade as Sony Semiconductor Solutions.

The new company will start operating by April 1 next year and will be responsible for manufacturing all Sony chips, but with image sensors as the ‘primary area of focus’.

Sony said the move is part of a larger re-organisation which will give business units autonomy to quicken decision-making and improve individual accountability for profits.

Earlier in the year Sony said it would invest 45 billion yen on top of a previously announced 105 bill yen to bolster sensor production capacity this fiscal year.

Creative Cloud subscribers have access to the two new apps, Photoshop Fix and Capture CC, which are available for smart phones and tablets.

The apps provide ‘quick retouching and asset capture on the go’, and combine to make a pretty basic, stripped back version of Photoshop . All of this and more was announced at Adobe MAX 2015 – ‘the world’s leading creativity conference’, according to Adobe. 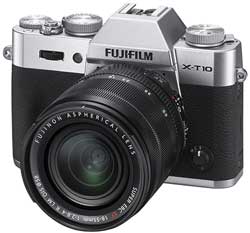 Fujifilm Australia has announced that from October 1 – January 3, 2016, it will once again be running a cashback promotion on selected X Series cameras and XF lenses.

Customers can head to the Fujifilm cashback website and fill in a form with their details and a scanned copy of the receipt to receive the cashback offer.