Kayell to relocate Sydney showroom
Kayell will be relocating its Sydney Hotham Pde showroom from May 1, with a reopen scheduled for May 4 at the new location – just up the road – in Artarmon.

All calls while the Sydney move is taking place will be diverted to the Melbourne office. Kayell says that shipping delays are expected from Sydney orders made during the move.

The new location is 30 Whiting St, Artarmon, corner Whiting and Clarendon St, and Kayell anticipates it will be open from 9:00am on May 4.

Impossible B&W Generation 2.0 film
Impossible has announced Generation 2.0 black and white Polaroid film, which it says will have improved speed, sharpness and tonality compared to the original version. In fact, it will exceed the processing speeds and image quality of original Polaroid films. Surely that’s Impossible! 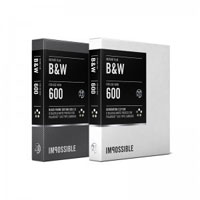 For the time being, the film will be available in Polaroid 600 format and Impossible’s new Instant Lab Universal – a machine that transforms digital smartphone snaps to instant prints.

The first generation monochrome Polaroid film from Impossible was criticised for having ordinary poor image quality and development times. Impossible says all this has been sorted with Generation 2.

SX-70 and Spectra versions will also be released in the coming months. 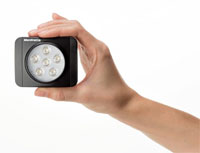 The Lumie Art, Play, and Muse lights offer continuous lighting for video or stills photographers, and are powered by a USB rechargable Lithium-ion battery.

The battery life is estimated at over an hour, and the Art and Play models come with a hotshoe adapter and tripod mount. Muse additionally has a ball and socket head for angling light.

All lights are compatible with a few different filters which control the colour and characteristics of the lights, which come in packaged kits. No word yet on local availability or pricing.

Morel’s Getty victory turns pyrrhic
Despite a US$1.2 million dollar win against Getty Images, it looks like Daniel Morel will still find himself out of pocket.

The court has rejected Morel’s motion to recover US$2.5 million in legal fees he incurred during the four-year trial against Getty Images.

The trial stems from an incident where Morel found that Getty used his images without a license. Read more about it here.

Morel claimed that the legal tactics used by Getty and AFP were ‘objectively unreasonable’, which the court shut down.

‘Morel primarily objects to Getty and AFP’s litigation tactics, which bear little on the particular question of whether they put forward plausibly meritorious legal and factual theories,’ Judge Alison J Nathan said. ‘The Court concludes that, to varying degrees, each of the aforementioned positions forward by AFP and Getty were objectively reasonable.’

Further, the court found that Morel owes his original attorney US$164,583. Despite winning a case against a major corporation, it looks like Morel has lost well over a million – which will probably discourage other Davids from taking on these Goliaths in the future.

Amazon announces cheap ‘all you can eat’ storage
Amazon has launched two new storage plans that offer unlimited cloud storage for a fraction of the cost of its competitors. This could destroy the business model of competing cloud storage offerings in one fell swoop.

The cheaper plan is the ‘Unlimited Photos Plan’, where customers can store an infinite amount of photos, and 5GB of other files, for just US$11.99 per year. Cloud storage costs have been falling, but this new plan blows most cloud competitors out the water or, uh, sky.

With the ‘Unlimited Everything Plan’ customers can store an infinite amount of all digital files for US$59.99 per year.

‘Most people have a lifetime of birthdays, vacations, holidays, and everyday moments stored across numerous devices. And, they don’t know how many gigabytes of storage they need to back all of them up,’ said Josh Petersen, director of Amazon Cloud Drive. ‘With the two new plans we are introducing today, customers don’t need to worry about storage space – they now have an affordable, secure solution to store unlimited amounts of photos, videos, movies, music, and files in one convenient place.’