It’s been a good year for April Fools joke press releases. (We particularly enjoyed Three-Legged Things ‘Someone Elsie Stick’, forwarded by PROtog.) So when we saw a peculiar but quite po-faced story in the UK’s Amateur Photographer this week, we thought that august publication had been had.

But nope, the dateline was March 27, so it must be fair dinkum. Given PhotoCounter’s newsletter missed April 1 by a mere day, here’s a little something for your post-April 1 amusement: 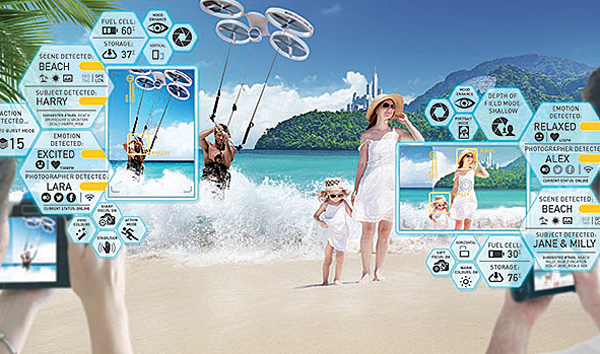 The subject was a report called ‘The Future of Photography’, commissioned by Nikon Europe  for last year’s Photokina. It was introduced thus: ‘Nikon predicts a future where cameras can sense the ambience of the moment, “read emotions” and automatically change settings such as colours and tones to reflect factors like temperature and lighting.’

– Okayy…These future cameras, Nikon said, ‘will adapt to the situation being photographed, by enhancing certain colours, tones, exposure and contrast levels to reflect and enhance the emotion of the image as the photographer intended.

‘Nikon foresees a time when the image viewer will be able to hear what the subject of the image sounds like, feel textures of objects pictured and a perfume is emitted from the device to enable them to smell the character of the message being conveyed. 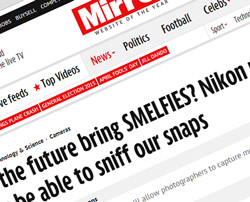 In a report on the ‘Future of Photography’ report (which has had miserable coverage for such a rewarding and extraordinary document), The Mirror in the UK described these smellable pictures as ‘Smelfies’ as in, ‘Will the future bring SMELFIES? Nikon reckons we’ll soon be able to sniff our snaps’. – The Fleet Street hack(er)s clearly haven’t lost the knack for a catchy headline. (Another definition of Smelfies, btw, is ‘smirking selfies’. – You know the type!)

– But back to Amateur Photographer, continuing to play an impressively straight bat to some devillish googlies all the way to stumps: ‘We will see a new generation of sensor technologies that will enable future cameras to read the external ambience of a moment – the lighting, the sounds, the temperature – and match it to the internal emotion someone is trying to convey in an image.’

And then AP winkled out a real, live Nikon executive willing to wax lyrical on the mulit-sensory future of photography, in the form of Frank Zuidweg, coordinator Nikon Professional Services at Nikon Europe:

‘You could think about, for instance, taking pictures outside,’ said Frank, setting the scene. ‘When the temperature is very cold, the images get automatically updated with a bit of a blue-ish cast, so you could change colour or contrast of the results in the images depending on the circumstances while you’re recording.

‘You could think about adding certain colours. For example, if you go to a pub and have a beer, you may take some pictures, [but] you don’t want a completely neutral white balance that you will get.’ (So you might go for a sort of amber colour cast, with perhaps a hint of hops on the nose and a touch of progressive defocussing as the evening draws on….)

‘You could think about cameras with more sensory images, which actually means it would be a multi-sensory experience, so it’s not only the image itself recorded, but it could also be the sound or it could be the smell while recording the image.

‘You would get tips of what to eat and drink while looking at the images. 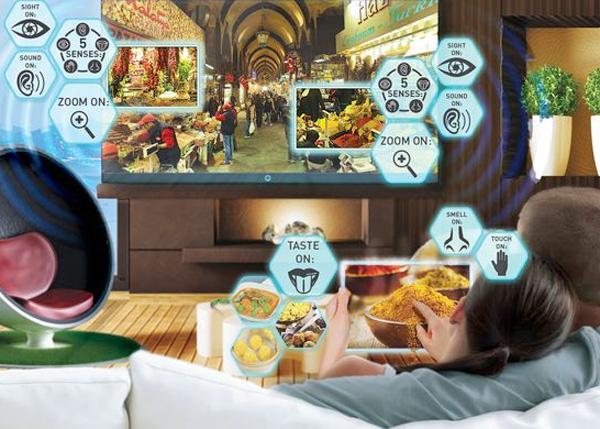 – While not actually committing Nikon to developing its cameras to double as Good Food Guides, Frank Zuidweg did make this slightly alarming observation in conclusion:
‘…It is interesting to know where the market is going and what the opportunities are.’

– Is this ‘where the market is going’? Really? How about sorting out a camera which interfaces natively with the internet, or helps photographers have their favourite images printed, or allows you to see the LCD screen outdoors, before we move on to blue-tinged Smelfies?