CR Kennedy has flagged August availability for the upgrade to its premium GR series compact, the Ricoh GR II, effectively a tweaking of the previous popular model, plus the inclusion of Wi-Fi and NFC. 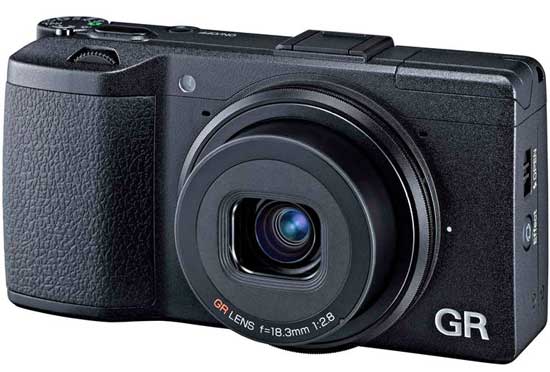 It uses the same 16-megapixel APS-C sensor as the previous model and has a 28mm equivalent f2.8 lens.

The GR II provides two types of wireless applications: GR Remote for easy setting of camera commands using a mobile device’s screen, based on LCD control layout, and Image Sync for easy transfer and browsing of recorded images on a mobile device. Remote control of movie recording is also supported.

Another new feature is a shutter speed/aperture priority exposure mode (TAv), which has been picked up from the Pentax DSLR range.

Autofocusing has been tweaked with improvements to the lens drive mechanism and AF algorithm, with faster readout of image data from the image sensor. Continuous shooting is at 4fps, with an expanded buffer memory for up to 10 RAW frames. So 4fps for 2.5 secs. Fastest shutter speed with the aperture wide open is now up to 1/2500 of a second.

Ricoh also offer an optional wide conversion lens for the GRII to expand the angle of view to 21mm.

The new Ricoh compact will be available in Australia at a price to be announced. Current US advertised price is US$800.