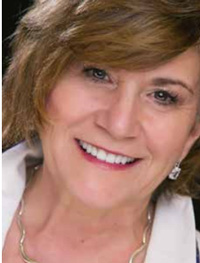 First, I want to thank John Swainston for sharing his thoughts and insights in the most recent issue of PhotoCounter, and I’d love to respond to the points he made.

John is quite correct that PMA has been very busy defining what we will be doing going forward. As has been widely reported, we announced in May our new, four-pillared defining strategic initiatives as an organisation.

It is not accurate, however, to say that PMA ‘will have to look after its own back garden first in the US.’ PMA has always been an international organisation, and it will remain so. We have just appointed two new vice-presidents in Europe, Wolfgang Abendroth and Marion Knoche, in addition to Don Kennedy in the UK; and we have been working extensively with Australian members Paul Atkins, Rob Tolmie, and Alan Logue to determine and implement the most relevant and needed initiatives for our members Down Under. In fact, Paul visited us here in the States last month for a time of intensive, face-to-face strategy meetings, and was a guest in my home.

I’m happy to share a new development that will provide a rich opportunity for our Australian members. In August, we will launch a brand new website at www.pmai.org (a new interim website is in place right now) that will offer communities of engagement. Our members will be able to select communities by subject matter that is most relevant to them – photo retailing, for example – or by location, such as Australia and New Zealand, and connect with other members of that community. These interactive forums will present an opportunity to share insights, ask questions, gain new knowledge and ideas, forge partnerships, and more. They are just one aspect of a robust, resource-packed new website that will hold enormous value for our members all over the world.

You can read more about many of our efforts in recent articles appearing in International Contact and BPI. All PMA members are also now receiving our new, bi-weekly newsletter that details the work we are currently doing all over the world. For example, the most recent issue had an article on Don Kennedy’s extensive work with the government in the United Kingdom to prevent the passage of legislation that would allow ‘selfies’ to be used as passport and other ID photos — including the design of an alternative system that delivers all the objectives of the government in terms of digitising the process and reducing red tape, while correcting significant security weaknesses and protecting the interests of PMA members who earn profits from passport photos.

I was also very interested to read John’s comments regarding the behaviours of photo consumers that he recently witnessed in Europe. Having just returned, along with PMA executive vice president Amy Lestition Burke, from holding a series of meetings in Europe, I observed similar behaviours and struggles consumers have in managing and using their images. We ourselves had a frustrating fiasco attempting to use a kiosk. The fact is, as an industry, we have got to address this problem in a united front. PMA is challenging the members of the photo industry with a call to action, to develop industry-wide, standardised tools and technology to simplify the process involved for consumers in both managing and using their images to make photo products. Consumers need this; our industry depends on it. We appreciate John shining a bright light on this critical issue, as we are doing as well.
– Georgia McCabe
PMA CEO