Photo Continental: A rock and a hard place

In examining the decision to close Photo Continental – because it must be emphasised from the get-go that this was a considered business closure rather than a creditors’ nightmare – the cliche ‘a rock and a hard place’ comes to mind. 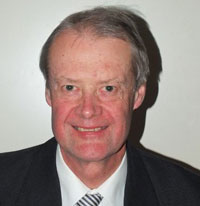 Photo Continental was one of the go-to destination for photo enthusiasts and professionals in Queensland and beyond for decades. The depth and breadth of its range – the number of brands represented and the range of product from each brand – was probably unparalleled in Australia.

‘While we were competitive, that worked very well,’ Mark (pictured right) told PhotoCounter earlier this week – his last with the company.

‘The rock’ was the internet and online-offshore sales, which began to hit Photo Continental about 8 – 10 years ago, he said.

‘Canon Hong Kong and Nikon Hong Kong work on lower margins than in Australia because they have lower costs, a smaller geography, and they don’t have to deal with things like superannuation. 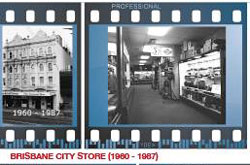 ‘Also there was a fair bit of rorting of the GST. So we found that we were around 20 – 25 percent more expensive’ (than offshore retailers). ‘That meant a $5000 camera kit was $1000 cheaper to buy offshore.’

He estimates that Photo Continental lost ‘maybe 60-70 percent’ of its customer base. ‘We would never be able to get that back,’ he said.

‘Now the Australian dollar has dropped, things are a bit more competitive, but that might be the case two or three years out of 10 – it’s only temporary relief.

‘We had to change. We moved into craft which was a good move, and will continue on.’ (Craft Giraffe, the craft/scrapbooking initiative will continue to trade from the Mt Gravatt property.)

At the same time costs were reduced – the extensive inventory Photo Continental carried was trimmed considerably, and staff levels were reduced.

‘If you have a destination store you have to have enough to show people to make them come to see you. We reduced our costs, but that left us with a similar offering to everyone else.

‘With a more limited range, we found ourselves up against more traditional retailers such as Ted’s etcetera.’

‘Ultimately we were not competitive with our core products,’ he explained. And with lower staff levels ‘it was difficult to offer the level of service we need.’

Photo Continental did consider bringing costs and pricing down by finding alternative sources of supply for ‘core products’ but ultimately it went against management’s ethical instincts.

‘We did considered other sources at length. But we have contracts with government departments – ethically we didn’t think it would be right from a customer support point of view,’ said Mark.

‘Also, you put yourself offside with major importers. When it came to the crunch didn’t think it was right for us.’

Photo Continental was also due for some significant capital investment if it were to trade on, such as an upgrade to a new computer systems, and a new website.

On the other side of the ledger, a change in zoning in Mt Gravatt, which rendered it ripe for development, meant the value of the Photo Continental property increased dramatically.

(About 15 minutes from the Brisbane CBD, Mt Gravatt is also positioned between the Gold Coast and the Sunshine Coast.)

‘There were constant offers of crazy amounts of money,’ said Mark.

The building hasn’t been sold and isn’t up for sale, he emphasised, bur conceded it may well be subject to development at some stage.

‘So we put all these things into the melting pot and made a decision to close Photo Continental.

‘Don’t get me wrong,’ he added. ‘You can make a go of it in photo industry, but when we weighed everything up we decided that maybe our time is now…It will continue to be tough for next few years.’

Mark said that of Photo Continental’s seven full-time employees, most have found employment, and it’s not beyond the realms of possibility that Mark himself and highly respected photo lab manager Andrew Mason may emerge with new roles in the photo industry.

He said his 34 years with Photo Continental had been ‘wonderful’, and that going to work was like connecting with an extended family.

Below is a statement from Mark on the closure:
The decision to close Photo Continental was extremely difficult and made after taking all relevant factors into account. We are not insolvent and all suppliers will be paid as per usual.

We have  been proudly involved in the photographic industry and supplied all products so that people could record the most important and fun-filled experiences in their lives. Our wonderful customers have included rock stars, sports stars, politicians, senior government officials, schools, universities and some of the most talented photographers on the planet.

Businesses, mums and dads and everyday photographers plus happy-snappers and students were all looked after with friendly efficient service and a caring manner. Our suppliers were also treated with friendship and respect, and together we all worked in the most rewarding of industries. Our staff have been the best, and going to work was like connecting with an extended family.

Thanks for the memories.
– Mark Schleicher