According to a report on the UK enthusiast website Amateur Photographer, Olympus Japan has issued a statement explaining that it will ‘pause’ Olympus OM-D E-M10 Mark II sales. 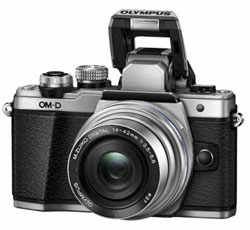 The issue appears to be a potentially faulty plastic lens mount. Olympus Japan stated that it aims to re-commence shipments from the end of September.

The camera was announced on August 25, featuring a ‘best-in-class’ 5-Axis stabilisation system and 2.36 million dot EVF, with a body only RRP of $799. Local availability was slated for this month.

Olympus Imaging Australia was approached for comment and has stated: ‘Currently we are assessing the situation and will advise the market if Australian stock is affected.’